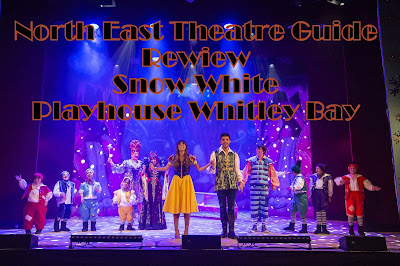 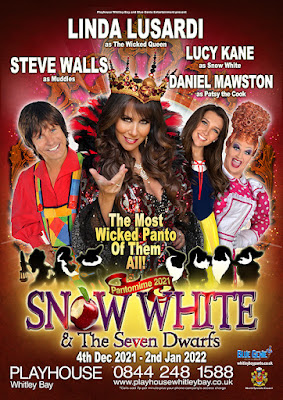 The Playhouse regulars, comic Steve Walls and panto dame Daniel Mawston, are joined by Linda Lusardi and her real life daughter Lucy Kane and seven dwarfs in a fun filled panto. The sell out Whitley Bay crowd were definitely the loudest and most enthusiastic we have come across this season. The production appeared to be the most lavish that Blue Genie have staged at the Playhouse and it shows. 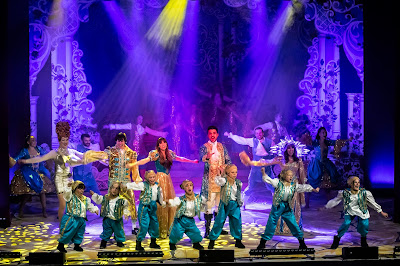 There may have been a time when the Playhouse panto was a poorer relation to some of the shows held in bigger theatres nearby but that is no longer the case. It has managed to keep the aspects that made it popular with families but it will now appeal to a broader age range. So yes, the humour is still safe for the youngsters and grand parents alike but there are clever, rather than smutty, jokes in there as well. After the promise shown in the 2019 show, this is the year the Whitley Bay panto has also come of age. 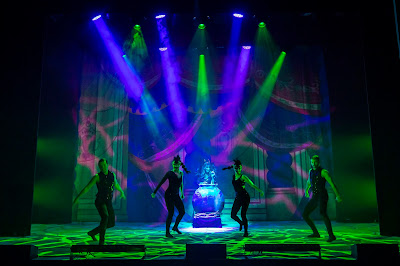 The on stage relationship between Steve Walls and Daniel Mawston, as Muddles and Patsy, continues to blossom. They work well together and helped ensure that the show was full of light hearted moments. Sure some of the jokes are as old but they land well every time. There was as much laughter coming from the adults as the kids around where I was sat. 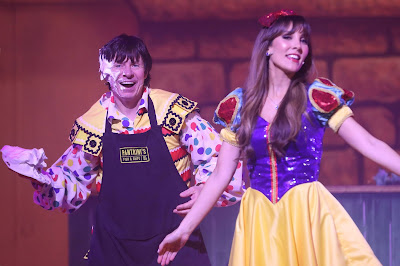 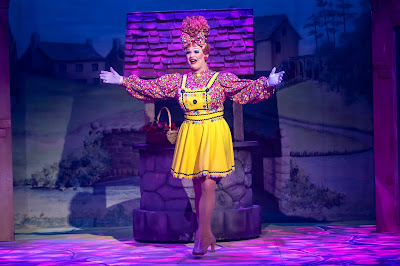 This year the cast are joined by Linda Lusardi who appeared to relish the role of the evil stepmother, Queen Scowlalot. Each time she came on her face lit up at the audience's reaction. Many of the kids around me were becoming more and more animated as the show proceeded as the Queen cast her evil plans. You really couldn't ask for more from a panto baddie. 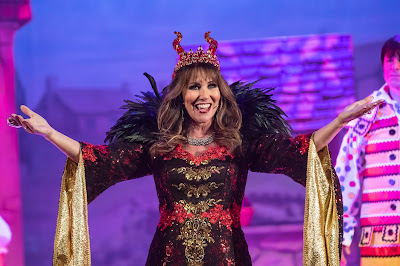 Quite often Snow White is cast by a relatively new actor straight out of drama school, but that is not the case here. Lucy Kane gave Snow White a confidence that is often missing. Like her mother, Lucy has a good singing voice which was put to good use throughout the show. The other actor who had a good set of pipes was Andrew McLeish, who appears at Prince McCharming. His range was put the the test at the end during an 80s mega mix in which he hit the high notes of Michael Jackson. The songs were well chosen in this show as they fitted the story as much as they gave each actor a chance to shine. 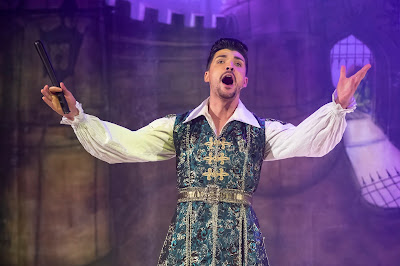 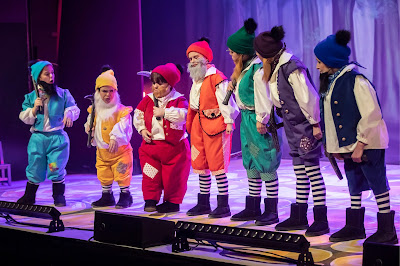 The dwarfs were given plenty of dialogue in this show too. Sometimes the pressure to give the star(s) enough stage time means that the dwarfs are given only a brief time to act but that wasn't the case here. They also had a share of the jokes - obviously aft the year we have had Sniffly was going to be told to self-isolate. 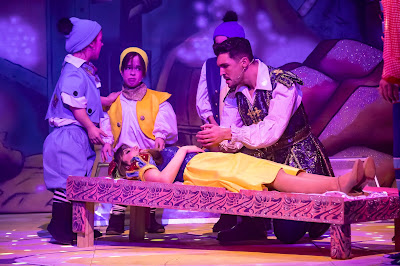 The show also has a compliment of both four professional dancers and several younger dancers from a North East dance school. Jo Walls choreography filled the stage with movement and colour. Indeed this show features the best movement by the ghost in the take off scene. Mind you - the bench in that scene is so much part of the show that I'm surprised it doesn't have its own social media account. 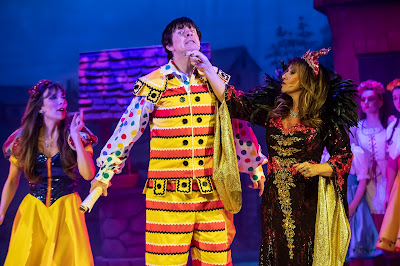 Snow White hasn't fallen down the rabbit hole of tacky gimmicks. Instead it sticks to the story, delivers it well and keeps the audience laughing. If you haven't been to the Playhouse then I should also point out that every seat has a good view of the action (I was in row X) and the theatre has some of the comfiest seats in theatreland. The show, at our performance, ran just over 2 hours 30 including interval which is about right for this type of event. (You don't want panto to go on for too long as we witnessed a few years ago at another theatre). 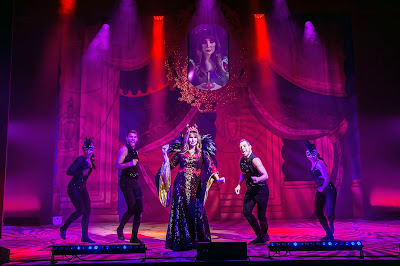 As we were chewing it over in Pantrini's afterwards (that place has been a part of our Whitley Bay tradition too) we couldn't think of anything bad about the show. Now that doesn't happen very often. 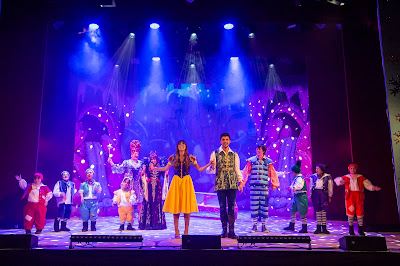 A great cast delivering a funny script in a comfy theatre. What more could you want? A great start to the festivities.

Tickets are now on sale from the theatre and online from our affiliate Ticketmaster UK: https://tinyurl.com/SnowWhiteTicketsWBay