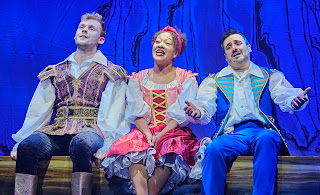 Cinderella is always a popular pantomime. The magical tale can easily transport the children in the audience to a fabulous world for a couple of hours. The audible gasps as the real ponies appeared to whisk Cinders away to the ball showed that this production ticked the boxes for the youngsters in the audience. 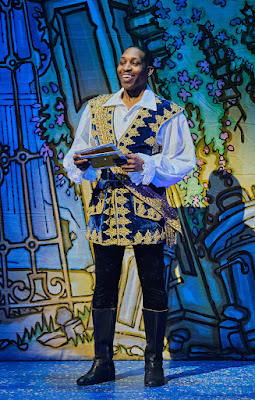 Darlington Hippodrome is a fabulous venue to watch shows. Thanks to the pandemic, it hasn’t hosted as many shows as were originally planned since its refurb and the alterations still feel fresh. For a traditional styled theatre it does feel pretty intimate. It also has a proper orchestra pit, which in this show, has a live band under musical director Chris Pugh performing. Hidden from view it is easy to forget what an asset they are to this show as they keep the music flowing no matter what levels of chaos reign on stage. 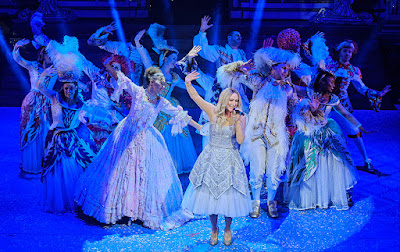 No stranger to North East panto, Faye Tozer is a great choice as the Fairy Godmother. She is naturally assured as an actor and a singer, but she is not fazed by any madcap antics that can spontaneously occur in the three ring circus that is panto. 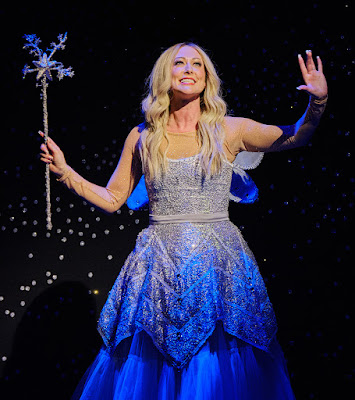 Less experienced, but equally as impressive were Tanisha Butterfield, as Cinderella, Jacob Leeson as Prince Charming and Spin as Dandini. Each one had their part to play as the tale unfolded. Singing, dancing and engaging the children in the audience, they helped keep this show magical. The show looked wonderful and fairy tale-like. The bright outfits and sets all add to the atmosphere. The children were loving the ride. 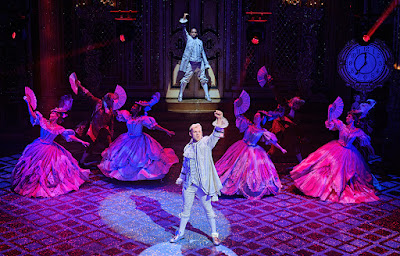 Regular readers will be getting ready for the “but” and here it comes. Was it the nature of the timing of the 1.30 show? Was there a party last night after opening night (and yes - the recent political news has found its way into the script)? Was it me (and that is quite possible)? But some of the comedy was struggling to land for me. Was it the comic’s head appearing between the legs of Cinders when she was sitting on a wall…or the suggestion about what will happen to the ugly sisters in prison? The near nudity in one scene? Perhaps it was me…though it was my companion, wee-man, who mentioned it first on the way home. I may have been in a minority but the comedy wasn’t making me laugh. Sorry…

Despite that - I still enjoyed the magical fairy tale, the glamour and the live music. …and those ponies were really cute!

Cinderella runs at Darlington Hippodrome from Friday 10 to Friday 31 December 2021. Tickets are on sale now, with early booking advised. For full details and to book visit www.darlingtonhippodrome.co.uk or call 01325 405405.