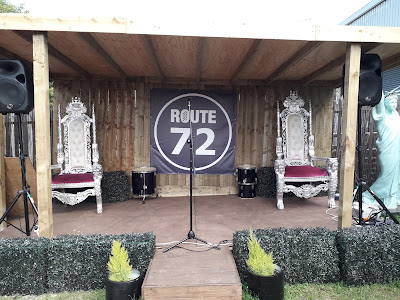 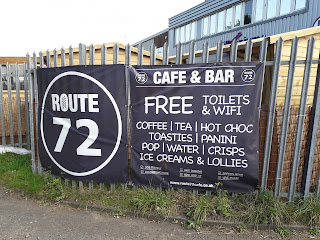 Was it really the 14th March when I was last at a live performance? A lot has happened since then. By the same token – not a lot of live comedy has happened. We have had enjoyed the Stand Comedy Club and Tyne Theatre live streams on a Saturday night but they were not a substitute for being part of an audience and sharing the experience of a live show. In the last few weeks a venue has started operating outside in an industrial estate on the edge of Newburn. They started with live music at the weekend and tonight they began a regular Friday night comedy show. We were invited along to see three wonderful local comics in action and to try the new place out. 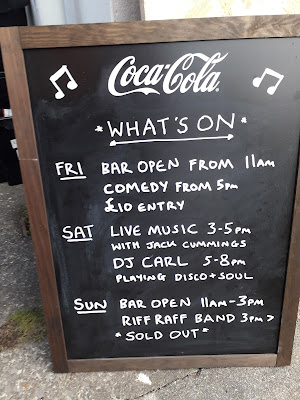 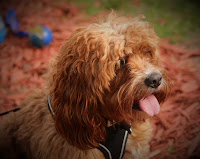 For £10 per person you are allocated a socially distanced booth. Most of these, around the edge are covered and give the venue an overall impression of the shed section of a large B&Q store. A few spots are out in the open in the middle. The area for your group is reserved from 4pm until 8pm, which is when the show ends. A one way system operates to go past a hatch/open window through which food can be ordered – this was toasties and paninis before the show and hot dogs at the interval. This path leads into the building which has the bar and the toilets. 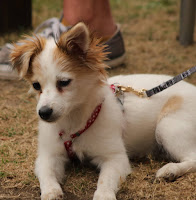 On the night we were there we had a choice of wine, beer, coffee, lager, spirits and Tyneside Blonde real ale from the adjacent Hadrian Border brewery. You can pay by contactless card and the whole venue has plenty of hand sanitisers everywhere. The venue advertises as being child and dog friendly. The kids will like the live music events but I’d leave kids under 16 at home from the comedy night as the material will be different to what is aired on tv. A number of dogs were in tonight – all were well behaved and some especially loved the interval hot dogs it seemed. 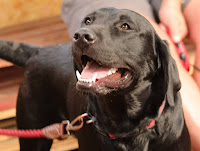 We had a toastie and a panini before the show started and these were delivered to our booth. Along with our drinks, these hit the spot. The three drinks and two food items came to £11.75 so the prices are reasonable once we were in

Onto the entertainment. Not only have we missed going to shows, the entertainers have missed putting on a show too. Open air venues, like this, are essential if acts are able to get paid work. Tonight’s crowd were up for a laugh and compere Matt Reed warmed the crowd up nicely. It looks easy when a compere works his way around the room, asking what they do for a living or what their dog is called and then turning that quickly into humorous material but Matt took it in his stride. He has a naturally personable side that makes the audience quickly warm to him and they were happy to be a part of the entertainment. Indeed, for a new comedy night, it appeared to be a good room/audience for comedy.

Hal Branson is one of the stars of the Stand Panto, which we rated as the funniest panto of 2019, and he appeared as the posh lad from Heaton which married someone from Byker. He has had some highs and lows during lockdown with his wife and daughter.  It is funny how simple stuff like teachers names can make us laugh.

After the interval we had another slice of comedy from Matt Reed before Gavin Webster took to the stage. He suggested he was a little rusty after not performing for a while but he quickly got into his stride. He is an accomplished comic who understands how to read a room and the timing necessary to deliver the punch in his material. After some new material we were given a treat of the classic Webster’s greatest hits. We love pandas and the brother Kenny routines. After several months of lockdown it was a treat to hear then again.  He is great at the delivery and, even though the North East has many great comics, he is up there with the best that this region has to offer. Gavin has lined up a show at the Tyne Theatre next year (Gavin Webster Plays Live To Actual People - Saturday, 06/03/2021 - Tickets: https://tinyurl.com/TYNEgavinwebster  #Ad). 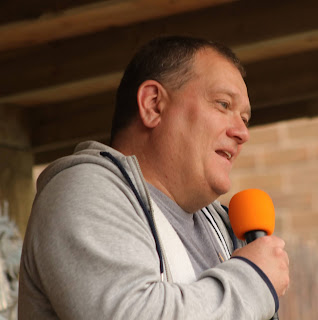 This was a good evening out. Three funny comics, nice food and cold beer. It was wonderful to see a live show again. The three acts were a pleasure to watch and we’ve already booked to go again next week. 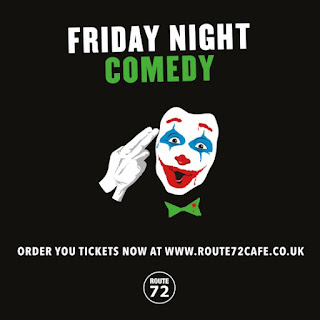 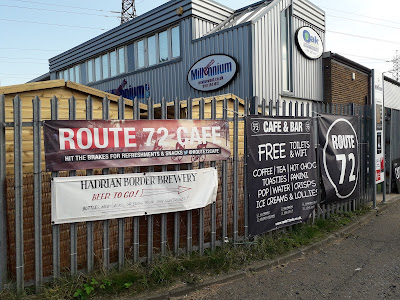