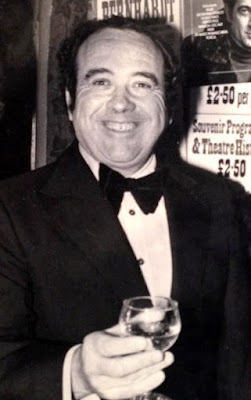 The death of Jack Dixon, founder member, leading man, musical theatre director and former Chairman of the Tyne Theatre and Opera House Trust,  has come as a severe blow.

Trustees and staff, as well as the hundreds of performers Jack has directed in many musical theatre shows, know how much the theatre owes its survival to the phenomenal drive he displayed in saving the theatre for the people of Newcastle.

It was in the 1970s that Jack and friends discovered the old derelict theatre built in 1867, empty for three years after the demise of the theatre’s cinema years.  On a wing, a prayer and a lot of guts, they took it on.

Through a number of years, the volunteers, led by Jack, cleaned and repaired the theatre. In the same day, the same volunteers were getting into character, make up and costume to perform in the scores of musical theatre shows that were much loved by Jack.  Completely unsubsidized, they raised money too and eventually through Jack’s insistence, a preservation order was obtained which would save the theatre from destruction. 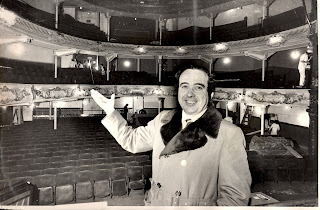 Many people learned their theatre craft at the theatre, otherwise impossible without going to London and young members went on to become famous names, never forgetting the Tyne Theatre or Jack Dixon.  Meanwhile, Jack Dixon fulfilled his own ambitions by going on being a leading man and a show director in his own theatre.

Early traditions of the Opera House were not forgotten and such stars as Placido Domingo, Carlo Bergonzi and Joan Sutherland performed and delighted in the theatre’s unparalleled acoustics.

On Christmas Day 1985, whilst most people were worrying about the turkey in the oven, the hard-working volunteers of the Tyne Theatre were back inside fighting a devastating fire. Although the iron curtain was down, ensuring that the beautiful auditorium only suffered from smoke discolouration, the backstage area and precious Victorian understage machinery were severely damaged.
In less than a year following the fire, Jack had led his determined group of volunteers in rebuilding and reopening the Tyne Theatre.

The current Tyne Theatre and Opera House Preservation Trust took over the running of the theatre in 2015, with Jack continuing to make his voice heard at Trust meetings right up until the present.  His crusade continued to be the preservation of the Tyne Theatre, alongside his other wish to see ‘Fiddler on the Roof’ produced once again, a show in  which Jack had directed and played the lead.

Seated at his bedside, Karyn, Tania and Julia, his three daughters, talked to him and played music from his favourite shows.  Tania said “just as he left us, the music was ‘Sunrise Sunset’ from ‘Fiddler on the Roof’ - it felt just right.”