REVIEW: The Thrill of Love at Gateshead Little Theatre 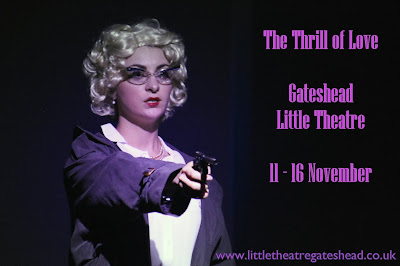 This week the Progressive Players at Gateshead’s Little Theatre perform The Thrill Of Love by Amanda Whittington. The drama explores the reasons underpinning Ruth Ellis’s journey from club hostess to the notoriety of being the last women executed for murder in the Great Britain. 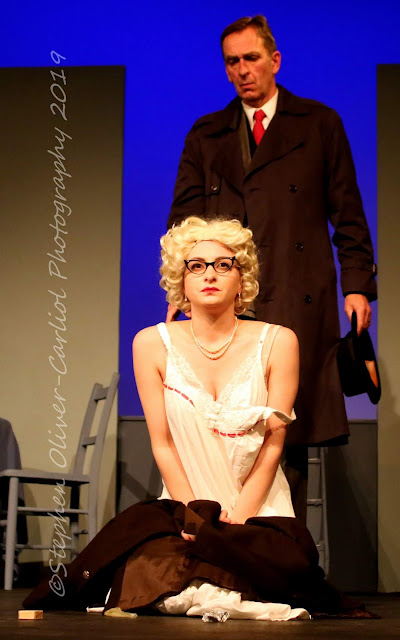 Ruth Ellis was a complex character trying to make her way in the London underworld as a woman. Her life, although controlled by the many men she allowed into it, was that of a “modern woman” living in the moment, “a girl on the up”. This was the blonde bombshell in the newspapers she wished to portray. 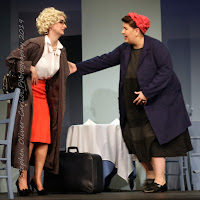 In reality she had a history of domestic abuse, abortions, abandonment when pregnant, alcohol abuse and use of prescription drugs. This culminated in her murdering a man in a crime of passion, and becoming the last woman hanged for a crime, by official hangman Albert Pierrepoint. 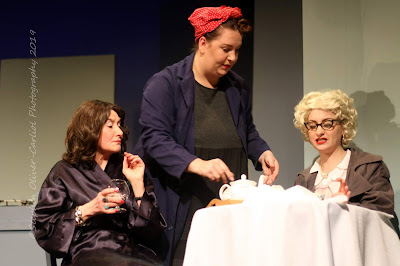 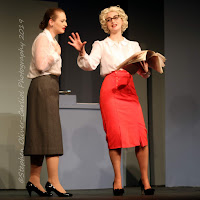 Ruth is played by Rosie Luffingham. The role is a difficult one, to play a woman who can be in turns childish, sophisticated, glamorous and broken, takes a lot of skill. Her hardened and worldly-wise club manageress boss was played by Louise Wright who managed to maintain an aloof persona who cracked a little as the situation became less and less tolerable.

The char for the club, Doris, played by Zoë Anne Slade often provided a calming influence and a voice of reason for the other women. Kathryn Sergison plays Vicky Martin, a model, hostess and “it girl” of the 50s whose fate must have contributed to Ruth’s mental deterioration.

The story is narrated throughout by the constantly present Detective Inspector Jack Gale played by Tim Clark, who held the story together as he explored the case. 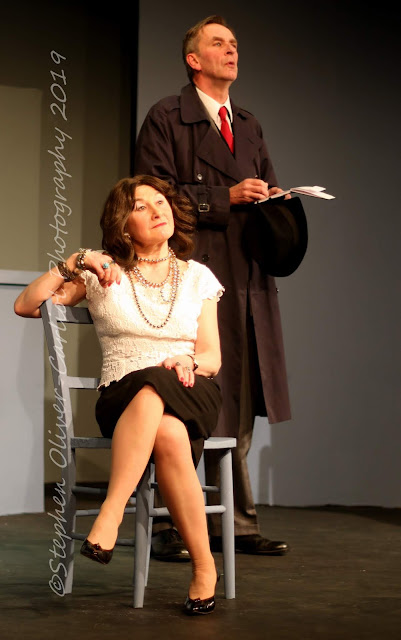 The cast succeeded in bringing to life a tragic story of a woman driven to breaking point and possibly manipulated by a man to do his dirty work. The set was simple yet perfect for so many parts of the story, and it allowed for seamless scene changes. The music of Billie Holiday drove some of the scenes and this, as well as the repeated reference to the gunshots that led to David Blakely’s death, required a disciplined approach to timing. This also bought with it lighting effects that could so easily go wrong. The wardrobe department deserves a special mention. The 1950s style was faultless throughout. 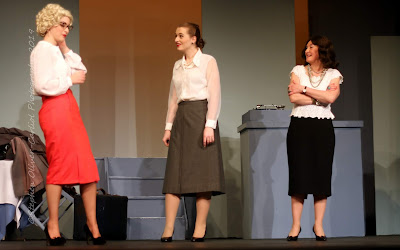 Technically, artistically and emotionally this is not an easy play to perform, but the Progressive Players have clearly worked very hard to make this an interesting, engaging and entertaining piece of theatre. Director Jim Race has done a great job with this team.

Tickets:
The Progressive Players at The Little Theatre, Gateshead perform The Thrill Of Love by Amanda Whittington from Monday 11th – Saturday 16th November at 7:15pm.
Tickets can be ordered online at https://www.ticketsource.co.uk/whats-on/gateshead/little-theatre-gateshead/the-thrill-of-love/e-gqppgz

The cast photography in this review and in the programme for the play was provided by Carliol Photography - www.facebook.com/carliolphotography 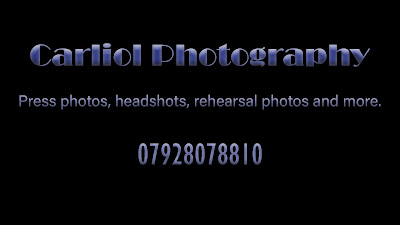