Preview: One Under at Newcastle Live Theatre

A Graeae Theatre Company and Theatre Royal Plymouth production commissioned by Ramps on the Moon, presented in association with Curve.

The cast has been announced for Graeae Theatre Company and Theatre Royal Plymouth’s production of Winsome Pinnock’s new version of One Under . 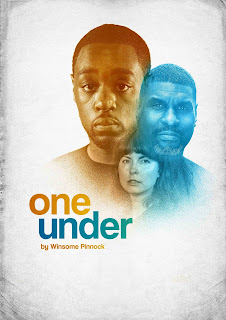 When a young man jumps in front of a train Cyrus is driving, the mysterious circumstances prompt him to search for answers. In pursuing the truth of Sonny's final hours, Cyrus is led to laundrette worker Christine, as the past begins to catch up with people whose lives are changed forever.  Re-written and re-imagined by the 2018 Alfred Fagon Award winning playwright Winsome Pinnock, the new version of her 2005 play One Under explores the themes of the power of guilt and the quest for atonement and delves into the fragility of human relationships.

Commissioned by Ramps on The Moon, all performances will creatively integrate audio description and captioning.  The original version of One Under was staged in 2005 at the Tricycle Theatre (since renamed the Kiln Theatre).

This Graeae and Theatre Royal Plymouth production will mark the two organisations’ continued partnership following their award-winning production of Jack Thorne’s The Solid Life of Sugar Water in 2015.  Theatre Royal Plymouth have also been one of the partner organisations on Graeae’s Write to Play programme in 2019.
Winsome Pinnock was the recipient of the prestigious Alfred Fagon Award 2018 for her play Rockets and Blue Lights. Most recently, a revival of her 1987 play Leave Taking played at the Bush Theatre to critical and commercial success. Her other plays include The Winds of Change (Half Moon Theatre), Picture Palace (Women's Theatre Group), A Hero's Welcome (Women's Playhouse Trust at the Royal Court Theatre Upstairs), A Rock in Water (Royal Court Young People's Theatre at the Theatre Upstairs), Talking in Tongues (Royal Court Theatre Upstairs) and Mules (Clean Break Theatre Company). Winsome has also written for radio and television.