The Jewel in the North East's Panto Crown 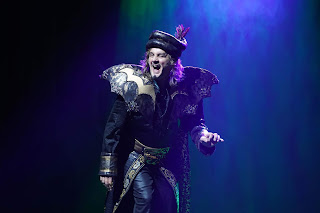 Traditionally the Gala Theatre in Durham is the first of the season. Written and directed by the established partnership of Neil Armstrong and Paul Hartley, they set the bar very high for the panto scene.  Indeed, this could be their year. It is always a pleasure to review panto when a high quality team hit the sweet spot and this is certainly one such occasion. 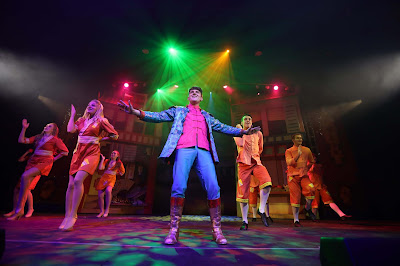 Now 1pm matinees are not the easiest to do. The problems can be stacked against success. A younger, quieter crowd who don't always know their role in the three ring circus that is the classic British panto perhaps. Or maybe a cast conserving some energy as they have to go again later in the day. We've witnessed both in the past but neither was an issue at the Gala today. As Neil Armstrong appeared, as the evil Abanazar, he quickly coached the young crowd into the time honoured ritual of booing the bad guy. 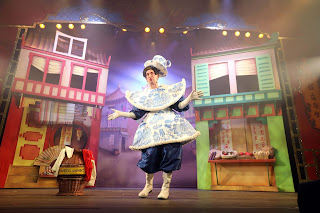 Here's the thing we often get asked...don't you get bored of panto? Sure,  we have seen Aladdin many times and wish Disney hadn't had its paws on it, but the Durham team show it is possible to put a fresh twist on the tale.  And to leave the Disney film out of it. So, in the same way last year's Snow White had a radically different dwarf in the usual 7, this year Abanazar has four young mummies to help with the comedy. They're not given any credit in the programme but I'm sure they were in last year's show and they continue to add to this show too. 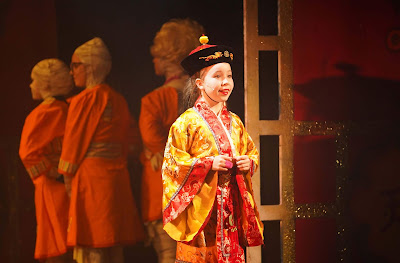 There is another reason why this production stands on the top tier of the north east pile. They stick to the plot. They tell a story. They don't deviate for a scene just to tick a box or give a star 5 minutes in the spotlight.  The song choice is closer to that of a musical as each number forwards the exposition rather than pad the show out. Clever manipulation of familiar lyrics keep the tale going. For example, the 80s Sister Sledge hit "Frankie" changes from a song about a school caretaker and becomes "Twankies" and song about life in a laundry. 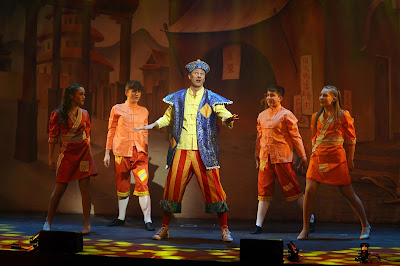 This show, on the banks of the River Wear, is written for the local dialect too. Comic Paul Hartley, as Aladdin's brother Wishy Washy and panto dame Paul Dunn, as Widow Twanky, regularly throw out lines in the local vernacular. This isn't an imported panto with the occasional local reference to Pity Me or Newton Aycliffe chucked in to make it feel local. The turn of phrase used by the two Pauls to describe the courtship between Aladdin (David Hosie) and Princess Jasmine (Eleanor Chaganis) was integral to the script.  It felt subtle but it was there across the piece. 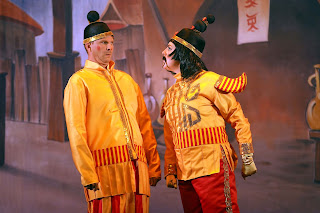 Completing the lineup is Kylie Ann Ford as Chief Inspector Tai Chi, the frequently flying genie Laura Lonsdale supplemented with four dancers who doubled as police, and the occasional brief uncredited walk on part of the Emperor for another youngster. The Emperor has a reoccurring joke about the local dialect too.  The Genie had empathy which is often lacking in the part as they change masters. 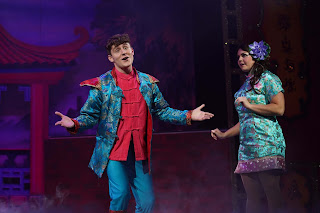 Amongst the strong characters,  a mistake, in my opinion, often made with Aladdin is to leave the titular character and his planned intended as weakly portrayed secondary characters. It is pleasing to see in the Durham show that David Hosie is engaging as Aladdin and Eleanor Chaganis is able to portray a strong woman in love rather than a shallow princess who'll fall for the first guy she meets. 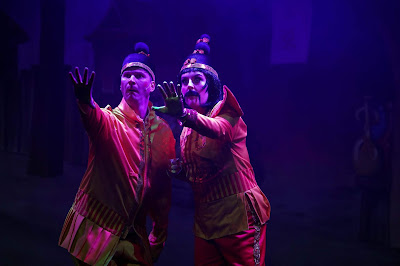 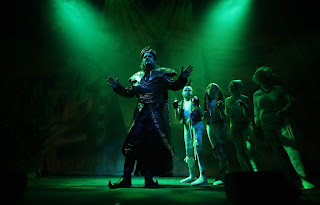 The Durham Gala show also features, up on the balcony,  live musicians under musical director Mark Thompson,  who are worth their weight in gold when it takes slightly longer than planned to get through the audience. 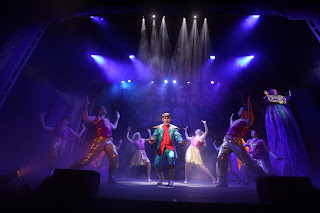 Panto isn't something that can be televised easily. The interaction between the front row and Abanazar or Widow Twanky show the real professionalism of Neil Armstrong and Paul Dunn. Comic Paul Hartley too keeps the introductions short and gets the audience to respond to his arrival each time without a tiresome routine that the kids cannot follow. 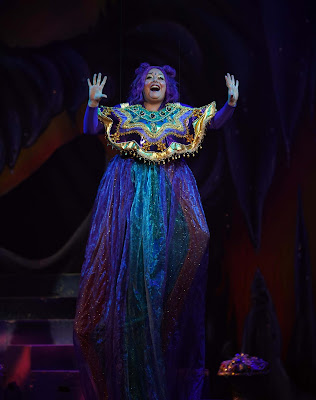 Yes, there are plenty of jokes and funny moments. Some seemed more spontaneous (accidental?) than others. We laughed throughout.  Yes, the ring jokes are aplenty too. It was a good laugh and felt like the perfect Saturday afternoon entertainment to counter the wet, dark days that seem to be the norm at the minute.   Aladdin was a great way to spend time with the family.