There’s no denying that Arbuthnot has built up quite a following since his first appearance in The Customs House panto three years ago. 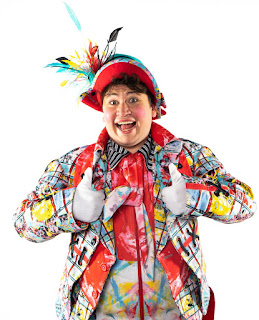 The hapless hero has become a firm favourite with the youngest members of the audience, which has led to several successful spin-off school holiday shows, including Arbuthnot and Pals’ Wizarding Adventure this October half-term, which was his most successful yet.

Actor Davey Hopper, who was nominated for Best Comic at the Great British Panto Awards last year, returns to the role once again in this year’s production of Snow White and reveals that his character has a larger part to play.

He said: “Arbuthnot is involved in the story a lot more this time. He has a big part to play in the plot, whereas in the past it has often been Dame Bella and Arbuthnot coming on for the comedy element. This time he is very much in the central part of the story.”

Davey, who is originally from Consett but now lives in South Shields, is looking forward to being reunited with his panto mam, played by panto co-writer and director, Ray Spencer, as well as his panto brother, Luke Maddison. 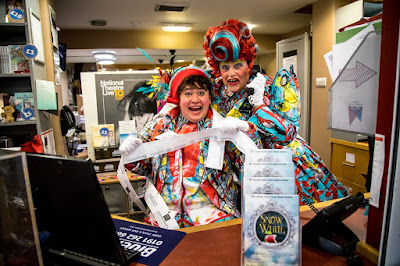 Arbuthnot was first introduced in Jack and the Beanstalk in 2016, as Jack’s brother. Jack was played by Luke, who returns to The Customs House panto this year as one of the animal characters, Whiffy the skunk.

Davey said: “This is my fourth year in panto at The Customs House and I don’t take it for granted. I love every second of it. It is just fantastic how the Arbuthnot character keeps going and people still find him entertaining. It is very flattering.”

Davey is also looking forward to being on stage alongside Dale Jewitt, who plays the Prince of the North, having co-written and performed in the Arbuthnot spin-off shows with him over the last three years.  He said: “I’m really excited that Dale’s in it because he has been involved in all of the Arbuthnot spin-off shows from the very beginning and it’s nice that he’s coming to the big show, if you like.  He is, in my view, one of the best north east actors working currently and I think he’s going to bring something new to the panto.”

Also appearing in Snow White are Annie Guy as Snow White, Steven Lee Hamilton as the Evil Queen, Bethan Amber as the Mirror and Charlie Raine as Sniffy the skunk.

Davey said: “It is great that The Customs House has these performers, who they have nurtured really, who know what The Customs House crowd is about and how supportive they are. And working with Ray again, I fear for my life every time I walk on stage with that man, but it’s great. You never know what’s going to happen next.”