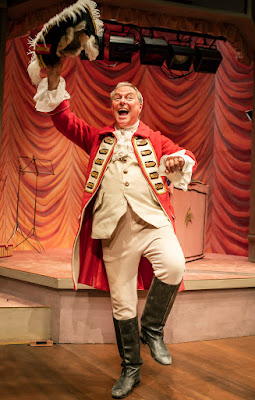 Alan Ayckbourn is one of England’s most prolific playwrights with over 80 full length plays under his belt. This week sees the revival of play number 21, 1977’s Ten Times Table at the Theatre Royal. 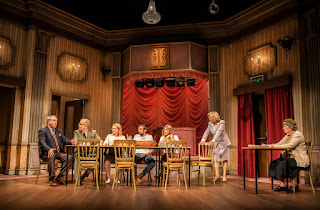 This production is directed by Robin Herford, who was involved with Ayckbourn at Scarbrough’s St Joseph’s Theatre as an actor, as well as the theatre’s associate director and artistic director. Indeed he played the counsellor Donald in its first production. Thus, he has the insight into how to deliver this slice of classic comedy. 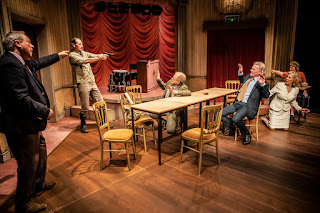 All of the action takes place in the ballroom of a three star hotel. Designer Michael Holt’s venue has clearly seen better days with it’s faded fabrics and even the felt backing and gold star on the upright piano are falling off. As the characters arrive for their first meeting, they struggle to cope with the lack of heating or the fact that the lights are controlled outside of the room. The venue is cheap – and it looks like it. 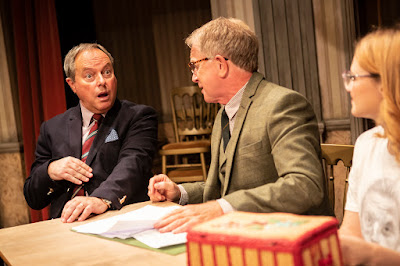 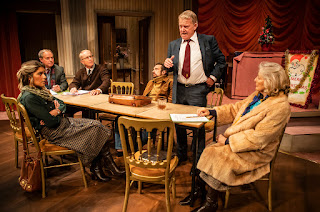 Ray (Robert Daws) has an idea. He fancies putting on the first Pendon Folk Festival. He has some ideas of how to develop the pageant but he needs some help so he puts together a committee to run the event. The bulk of this show are the committee meetings as the various characters try to cope with life or impose their view. Quickly factions develop as Ray’s wife Helen (Deborah Grant) wants a significant role. Unfortunately Ray has also invited local state school teacher Eric (Craig Gazey) who sees the event as a chance to promote his Marxist views against the “middle class housewives”. This leads to the development of a class war plot. 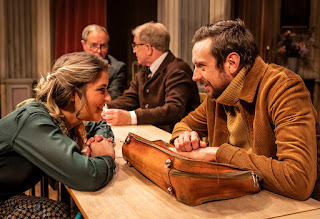 Around the Formica tables are the ineffectual councillor Donald (Mark Curry), who it is hoped will carry some leverage with town hall, welly- wearing Sophie (Gemma Oaten) who takes a fancy to the teacher and the drunk Laurence (Robert Duncan) who has problems at home. Adding to the crazy mix is Donald’s mother Audrey who may be in her 80s and hard of hearing but she is employed to take the minutes. Sophie’s bombastic brother Tim (Harry Gostelow) and Eric’s very quiet partner Philippa (Rhiannon Handy) add to the assortment during later meetings. 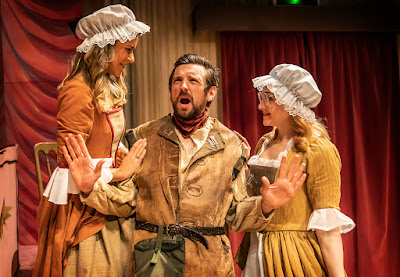 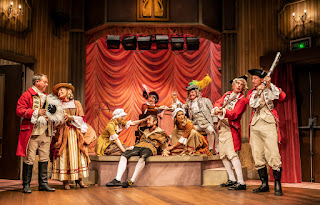 Each member of the group plays to a particular type and that is the source of the comedy. The much longer act one is a gentle comedy which had the audience chuckling from time to time. This was more Oh, Doctor Beeching! than Dinner Ladies though.  The much shorter second act was much funnier as the various elements fell into play. It did give the audience chances for some proper laughter but perhaps they expected more.  Having said that, my companion really liked the gentle comedy and he appreciated how the plot developed. 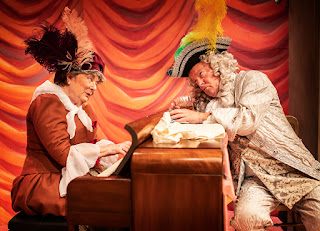 Have audiences changed since 1977? Do we expect the build up and exposition phase of the show to be a little quicker? Do we demand the satisfaction of the eventual climax quicker than we used to? Have we forgotten how to enjoy comedy that isn’t in your face all off the time?

The antagonism between the teacher and his companions on one hand and the chairman’s wife and her supporters was the source of most laughs. The interjection of humour from Elizabeth Power’s elderly note taker also added some much needed light relief in the drawn out first act. 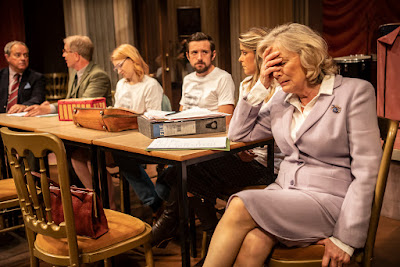 It wasn’t bad but they don’t seem to make them like this anymore. Ten Times Table is an inoffensive yet pleasant enough comedy.

Tickets:
Ten Times Table is at Newcastle Theatre Royal Monday 4 - Saturday 9 November 2019 playing evenings at 7.30pm and matinees Thu (2pm) and Sat (2.30pm). Tickets from £16.00 can be purchased from the Theatre Royal Box Office on 08448 11 21 21 (Calls cost 7ppm plus your phone company’s access charge) or book online at www.theatreroyal.co.uk