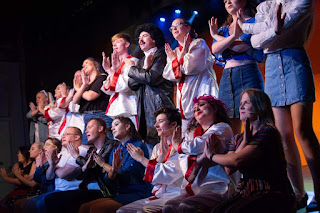 The Arts Centre was as hot as a 70s discotheque as an enthusiastic cast boogied their way through the classic 70s hits in a musical written by written by Jon Conway with Shane Richie and Terry Morrison.  Bye Bye Baby, Sugar Baby Love, Disco Inferno, Y. M. C. A., We Are Family and Boogie Wonderland plus some Elvis hits are performed by the live band under musical director Gareth Miller. 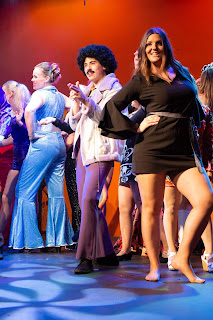 The essence of the tale is pretty much a British version of that 70s US classic Saturday Night Fever in so much as it looks at a disco crowd trying to make sense of their passage into adulthood. 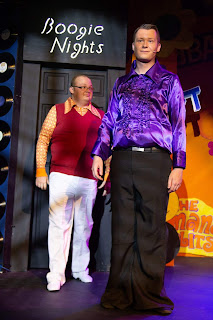 Disco-loving Debs (Sarah McBean) and Roddy (Stu Bennett)  have been together for 5 years, as have their best friends Trish (Madi Hindson) and Terry (Mark Robinson). Roddy has dreams of becoming a rock star rather than getting a regular job, much to the annoyance of his Dad Eamon (Ken Richardson). The Elvis-loving patriarch would much rather he was paying his way and this adds to the discord in Roddy’s life. Another problem is Dean (Kyle Yates), who is DJ at the club, who thinks Debs could do better than Roddy. In pursuit of his dreams, Roddy starts working with the singers, at the disco, Spencer (Martin Futers) and Lorraine (Katie Jackson). 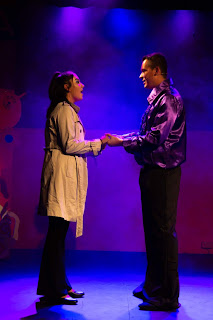 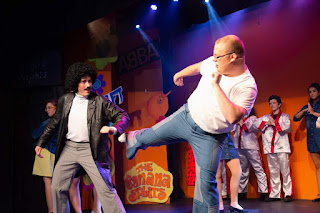 Director Claire Willis has a fairly tight handle on proceedings unlike the previous version of this that I saw. An ensemble of 12 further cast members also help the club to look full and there’s enough people to do larger scale dance routines. Choreographers Mark Robinson and Hannah Lazenby capture the spirit of the 70s boogie with a number of those routines. 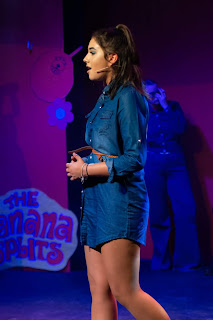 This particular performance suffered from a number of sound issues with microphones not always picking the vocal work up or being too loud and distorted in the mix. This will be hopefully sorted in subsequent shows in this run. 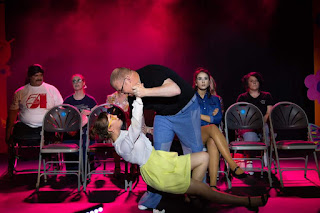 There were some highlights from the solo spots. Sarah McBean gave a passionate I Will Survive and Ken Richardson added real emotion to Always On Your Mind. The ensemble numbers at the end of the second act were also a treat. 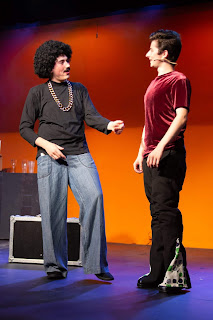 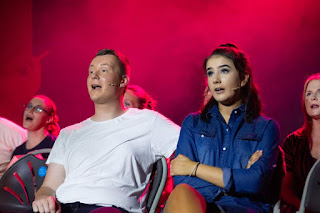 It is weird to think of a 70s musical as a period piece, but I suspect the majority of the cast were born after Ottawan got to number 2 with D.I.S.C.O. The eagle eyed amongst you might have spotted that that was in 1980… but a few anachronisms apart the set was suitably orange and beige. The smoking in a venue and chauvinistic attitudes towards women is very much of that time. Perhaps in years to come this will be viewed as a challenging show for those reasons in the same way as the King And I seem out of set now. 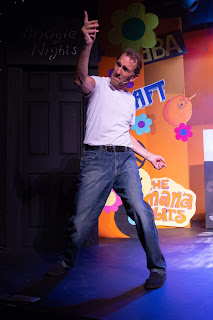 The Seaton Delaval Pantomime Society have clearly had fun putting together their first full musical and hopefully they’ll push on to do others in the future. 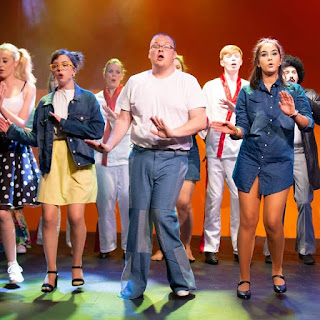 Tickets:
Boogie Nights hits the stage at the Seaton Delaval Arts Centre from Wednesday 25th to Saturday 28th July. Tickets are priced at £11.00 full price and £10.00 for concessions available from the Box Office on 0191 237 5460 or www.seatondelavalartscentre.com.
Posted by North East Theatre Guide at 00:30