A South Shields woman who lost both parents to cancer is honouring their memory by setting up a theatre production company in their name and taking a show to the World famous Edinburgh Fringe Festival.

Stacy Walton, 35, along with her fiance Wayne Miller, 39, decided to launch Walton-Gunn Productions following the death of Stacy's father Tony Walton in 2016 and her mother Maureen Walton in 2017. 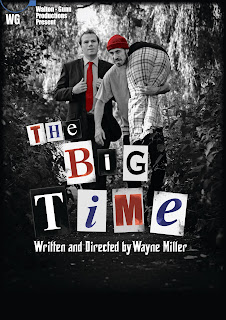 Stacy says “Nursing both parents through cancer and then losing them both within the space of 15 months was, without doubt, the hardest and most traumatic thing I've been through. Being able to do something that honours them and doing it through theatre, something which they loved, means something positive is coming out of all of this.”
Stacy and Wayne are taking a comedy show called “The Big Time” to the biggest arts festival in the world, the Edinburgh Fringe Festival, in August. Wayne says “It's the perfect opportunity to showcase North East comedy and writing to an international audience. We have a top cast that will no doubt bring the funny!”

The couple, who are getting married in April 2019, are holding a fundraising night with comedian Steffen Peddie, to help with the cost of taking a show to Edinburgh. Stacy says “It's not easy starting off and we've got an incredible opportunity to demonstrate just how much talent there is in the North East. So, we're hoping to raise a little bit of money to get there. If anyone can’t make it to the fundraiser but would like to help, we have a JustGiving page for any donations.”

The fundraiser is on at the Armstrong Hall in South Shields on Sunday 22nd July at 7.30pm. Comedians Steffen Peddie and Bob Stott will perform alongside singing talent Eilish Stout-Cairns and The A-Chuck Brothers.

'The Big Time' will be performed at CRoyale on George Street at the Edinburgh Fringe Festival 1st-25th August. There will also be preview shows in South Shields on 27th & 28th July at The Marine Pub, South Shields.

Tickets for all events and JustGiving info can be found at www.thebigtimecomedy.com
Posted by North East Theatre Guide at 21:30