The Customs House panto favourites Arbuthnot and Puddles are bringing some new friends along on their latest adventure. 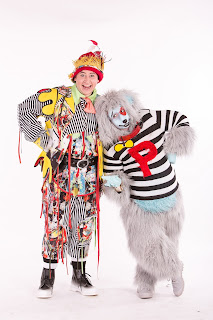 The duo take to the stage in Arbuthnot & Puddles’ Pirate Adventure, which runs from Tuesday 24th July until Thursday 26th July at the South Shields venue.  David John Hopper returns as Arbuthnot and Dale Jewitt will be donning the Puddles costume once again as the friends set out on a cruise with a difference – as they unexpectedly end up on board a pirate ship!

They will be joined by comedian Steffen Peddie as Captain Banana, Sunderland actress Lauren Waine as Pirate Flo, Horden actor Brodie Jobson as The Chef and YouTuber Charlie Martin, from Sunderland, as Polly the Parrot. David said: “I am really excited because I think we have assembled an incredible cast. I am really excited to work with Steffen. I think it is going to be an experience!”

Steffen is well known throughout the north east and beyond for his stand-up shows and as a presenter on BBC Radio Newcastle. But the father-of-four, from Newcastle, is also used to appearing on stage in front of children at kids’ comedy clubs and he jumped at the opportunity to play Captain Banana, who has a banana for a hand, in Arbuthnot and Puddles’ Pirate Adventure.  He said: “I’m really excited. I have seen so many pantos and kids shows over the years and now I get to appear in one, which is the best fun. I’ve been practising my evil laugh with my daughters in the car.” 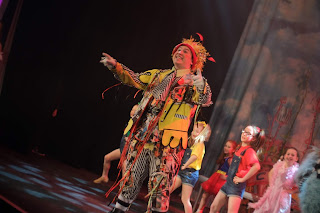 Arbuthnot and Puddle’s Pirate Adventure follows the success of this year’s February half-term show, Puddles’ Adventure, which re-united some of the stars from previous Customs House pantomimes to help save Cooksonville.  David, who has co-written the show with Dale, said: “I always try and get a message across and the whole concept of this show is that Captain Banana won’t let people be who they really want to be or do what they want.  As far as he’s concerned, pirates are pirates and they can only do pirate things, but the message is you can be whoever you want to be.”

The cast will once again be joined on stage by members of South Tyneside Dance Workshop and the show will be full of songs that children know. David said: “We want to audience to be singing and dancing as much as we are on stage.”

Arbuthnot’s Super Happy Silly Fun Game Show will also be returning to The Customs House on Saturday 4th August, as part of the South Tyneside Comedy Festival 2018, after proving popular during the Easter holidays.  David said: “It was really good fun and everyone seemed to really enjoy it, so we’re bringing it back with new games and lots more prizes to be won. It is overwhelming to be on the same poster as Jason Cook and Johnny Vegas!”

David will also be appearing – but not as Arbuthnot – in Once Upon a Storytime, which runs from Tuesday, August 28, to Friday, August 31, at The Customs House. He will be joined by award-winning storyteller Tony Wilson, from South Shields, who tells stories from all around the world through folk music. 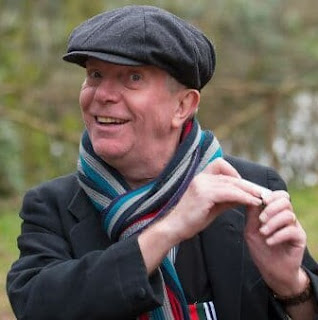 David said: “Tony will be playing a mysterious storyteller who opens up a magical curiosity shop and as he tells his stories, myself and a few other actors will be acting them out with things from the old curiosity shop.  It is going to be very visual, very eye-catching and very different, something I don’t think The Customs House has seen before. Some of the stories are from the north east, but there are also tales from places like India and Japan.  There are some really interesting folk stories that the kids won’t have heard before, but they will sweep them away and reach every corner of their imagination. They will be intertwined with song and dance.”

Tickets:
Tickets for Arbuthnot and Puddles’ Pirate Adventure are priced from £8, with performances at 11am and 2pm. Tickets for Arbuthnot’s Super Happy Silly Fun Game Show, which starts at 2pm, are priced from £5. Tickets for Once Upon a Storytime are £8 and performances are at 11am and 2pm.
To book, contact the box office on (0191) 454 1234 or visit www.customshouse.co.uk.
Posted by North East Theatre Guide at 21:43