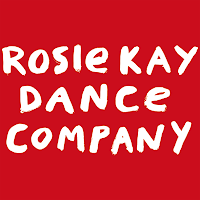 MK Ultra
Newcastle Dance City
Until Saturday 29th April 2017
After the success of 5 Soldiers, the Rosie Kay Dance Company returns to Newcastle’s Dance City with another intense, powerful and stunning show MK Ultra.
After lots of research, the shows director and choreographer Rosie Kay has created a visually arresting show that uses video projection to provide some commentary. The concept of the Illuminati is one that is familiar to the younger generation. We are told that a cult, Discordianism, began as an argument between 2 friends about the control of the world order. It was a religion without a back story and through subversive writing it promoted the concept of a group, the Illuminati, controlling the world we live in.
MKUltra was the name given to the CIA’s mind control programme. Up to the early 1970s experiments were carried out trying to wipe out, and reprogram the human brain.
The writing of the Discordians spread the suggestion that there was a plot to control the media through the MK Ultra brainwashing technique. The conspiracy theory goes on further to say Walt Disney is said to have had an interest in mind control and so a group of potential pop stars were reprogrammed including Britney Spears and others. The music videos have the Illuminati icons such as butterflies, checked floors and broken mirrors. As the brainwashing wears off it leads to episodes which are passed off as breakdowns.
But is that false news? In turn is this false theatre?
Some of the vigorous dance moves from the music videos and icons are recreated in Rosie Kay’s piece. Wearing stunning custom designed outfits covered in the symbols associated with the Illuminati, the show begins with some butt shaking.  Gary Card has captured the essence of the conspiracy theory in his costume designs. The dancers’ entrance is further enhanced by Louis Price’s set design. In addition to the giant triangular video screen there is a very reflective black dance floor. The imagery created is often reflected by the floor and this creates a very impressive effect.
The pulsating soundtrack from composer Annie Mahtani flows throughout the show. Part high paced EDM, part pop song mash-up, it helps the narrative to unfold.
Which brings us to the 7 fabulous members of the company, that twist, stretch and twerk, with both grace and energy. 5 Soldier’s Shelley Eva Haden is often centre stage and holds your attention with her own critical attention to detail. She is joined by the talented company of Shanelle Clemenson, Harriet Ellis and Lizzie Klotz; Joao Maio, Ryan Munroe and Oliver Russell. Each member of the group works so hard to deliver a demanding piece of choreography.
At one point I did mind myself concentrating more on the video explanations than the dancing but perhaps that is the point of the mind control? Fortunately the exposition is kept to a minimum and usually there is little distraction at that point.
There is so much energy in this performance. I concentrated on each performer in turn and I was impressed with the level of concentration and their ability to work so hard.
The Rosie Kay Dance Company has, once again, hit the jackpot. MK Ultra is a modern, passionate piece that engages the audience. The fabulous costumes and set design draw you in too. The concept, choreography and spectacle make this highly entertaining and thought-provoking way to spend your evening.
Review by Stephen Oliver.
Age Guidance: 14+ - this is a guideline not a restriction. The work deals with adult themes including those of a sexual nature.
Duration: 70 minutes, including interval.
On The Web: www.mkultra.dance
Twitter: @rosiekaydanceco // Facebook: www.facebook.com/RosieKayDanceCompany #MKUltraDance
ROSIE KAY DANCE COMPANY – MK ULTRA
2017 tour dates and listings information:
Friday 28th & Saturday 29th April at 7.30pm
Dance City, Temple Street, NEWCASTLE, NE1 4BR
Tickets:  0191 261 0505 www.dancecity.co.uk/performance/62498/mk-ultra-rosie-kay-dance-company/
Wed 3 & Thu 4 May at 7.30pm
HOME, 2 Tony Wilson Place, Manchester, M15 4FN
Tickets: 0161 200 1500
www.homemcr.org/production/mk-ultra/
Tue 9 May at 7.30pm
Stanley & Audrey Burton Theatre Northern Ballet Quarry Hill, LEEDS, LS2 7PA
Tickets: 0113 220 8008
www.theatreleeds.com/
Thu 11 & Fri 12 May at 7.30pm
Warwick Arts Centre, University of Warwick, COVENTRY, CV4 7AL
Tickets: 024 7652 4524
www.warwickartscentre.co.uk
Thu 18 May at 7.30pm
Macrobert Arts Centre University of Stirling, STIRLING, FK9 4LA
Tickets: 01786 466666
www.macrobertartscentre.org
Posted by North East Theatre Guide at 10:01