Review: Jack and the Beanstalk at Newcastle People’s Theatre 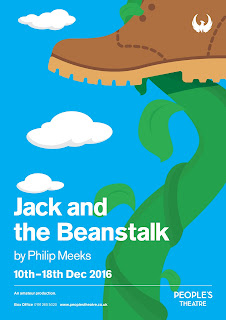 Another Jack & The Beanstalk I hear our regular readers cry? Oh yes it is! However, each one has been different and each one has a lot to recommend itself to you, dear reader. 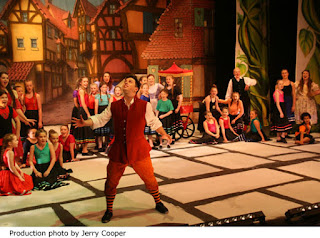 Showing off their new foyer that symbolises the latest stage of their building’s renovation, the People’s Theatre have a panto that they can be proud of too. It felt fresh and exciting and green. 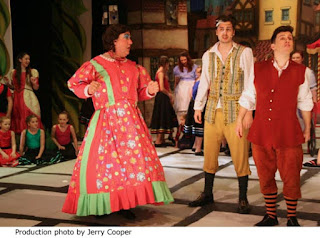 The story is ideal for panto as the basic structure is exciting and yet it facilitates a chance for innovation by both the writer and the production team. Director Emma Jane Richards has kept a tight reign on proceedings resulting in an entertaining show. The show has a different feel to previous People’s pantos. Don’t get me wrong, they have been great in the past, but this one feels different. 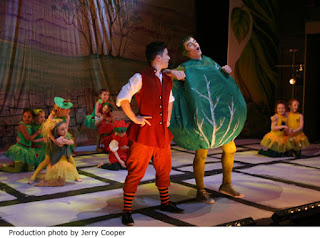 First on stage, and touting her green Mother Earth credentials is Fairy Alfalfa (Rhiannon Wilson) who is then joined by her sidekick Sprout (Daniel Magee). After a few sprout jokes we are introduced to the hero Jack (Joe Robson) and that’s the cue for the first song and dance. A feature of People’s pantos has always been the large cast of young talented dancers and this is one aspect that has not changed this year. With great confidence and fabulous costumes, the young starlets fill the People’s large stage and do a great job of bringing each song alive. 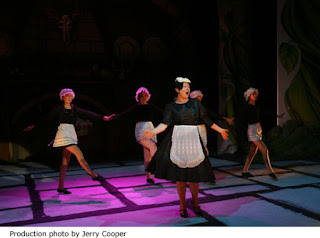 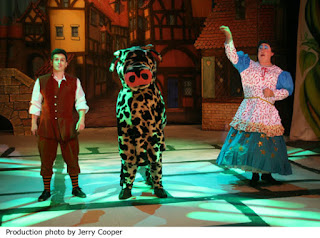 We then get the first deviations for the Jack & The Beanstalk norm in Philip Meeks script. Simon The Pieman (Nathan Hussain) is a friend rather than the brother of Jack. Fleshcreep the villain is a pair of flies Lord Fester (Craig Fairbairn) and Fangoria (Sara Jo Harrison). 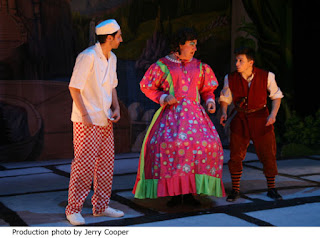 The panto dame, Nelly Trott, is capably handled by the accomplished Steve Robertson, who is happy to break the fourth wall and react to the audiences reaction. The show also has a royal couple with Princess Mercedes (Alicia Lambert) and her brother Prince Marmaduke (Stephen Waller). 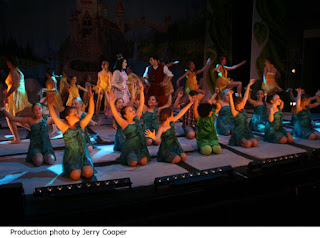 So what makes this show special? Lets start with the amazing dancing cow Daisy. Laura and Jo Blackett bring a whole new set of moves to the milky one. Later on the show we get an appearance by the Giant (Ricky Alexander Shaw), rather than just a booming voice that has been the case in other productions. The scale of his hugeness is accomplished with a costume which wouldn’t have looked out of place on 70s gameshow It’s a Knockout!   We also had Irish dancers, from Clann Na Ngael Irish Dance Academy, laying down intricate rhythmic patterns during one musical number in particular. 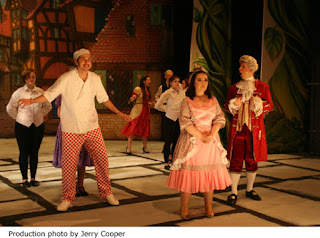 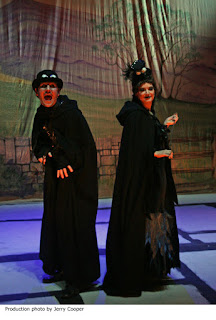 The show has green credentials in that there is plenty of the usual recycling of jokes and scenes but that’s part of the fun for us lovers of pantomime. ‘Ghostbusters’? Tick! ‘Why does a Brown Cow give White Milk…?’ Tick! ‘Strange deaths of the dame’s hubby’? Tick! ‘Oh no you didn’t!’ Tick! 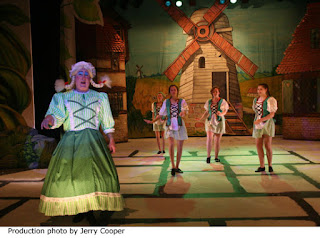 The set looks bright, the outfits are smart and the lighting comes alive during the musical numbers. It doesn’t come across as “amateur” but that’s to be expected with the usual high standards at People’s Theatre. 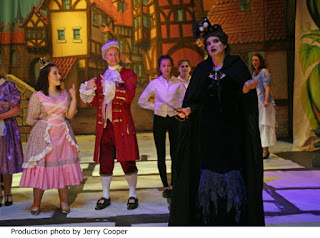 The large ensemble work hard to make this a special occasion for the family. Jack & The Beanstalk is a fresh fun show that is quite rightly starting to sell out a number of the shows during its short run. A lack of rude jokes make it suitable for the family night out.
Review by Stephen Oliver(Twitter: @panic_c_button)
Photos: Jerry Cooper
Read the original preview: http://nomorepanicbutton.blogspot.co.uk/2016/12/preview-jack-and-beanstalk-at-newcastle.html
Tickets: 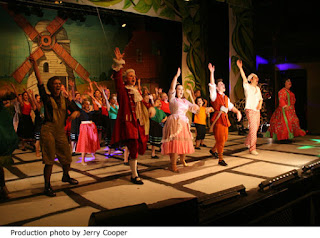