A Way Home - The fight for a place to belong 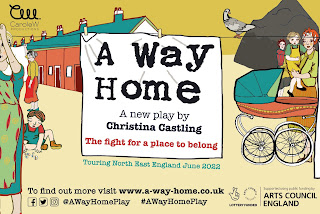 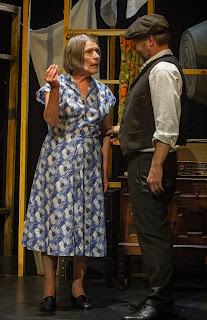 In 1951 Durham Council decided to put each town and village into four categories. The villages in category D were to be allowed to die. They had the improvement grants stopped and the council actively tried to move the residents to the new estates such as Newton Aycliffe or Peterlee. This move involved about 85 000 people in over 130 villages. That is a major undertaking - uprooting people from their homes. One such category D village, Clara Vale, was the host of the world premiere of a show that follows a family who discover that their “world” is about to be demolished by the council. 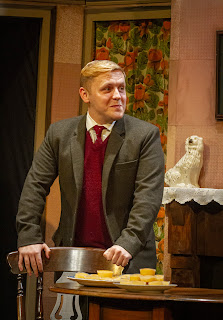 I live near the site of Addison village - another former County Durham village that is now a part of Gateshead. I was aware that a village was there and that the current wildlife area and industrial estate was demolished as it “was not worth rebuilding the houses” but until A Way Home I was not aware of the details behind this move. 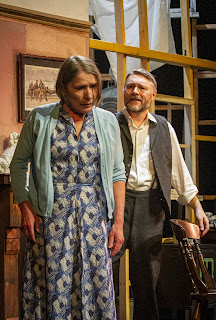 The show centres around the kitchen table of a powerful matriarch, Bet (Jacqueline Phillips). The four rooms of the building are home to four people including Bet’s pigeon racing husband Frank (David Raynor), her daughter Kathy (Jude Nelson) and son in law Joe (Luke Maddison). The action begins on Carnival Day and neighbour Jean (Jackie Lye) pops around for Bet’s entry for the cake competition. 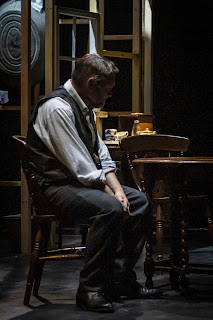 Unexpectedly a condescending stranger appears - it is an official from the council (Lawrence Neale) who is making a survey of each house in the village. The question about the general state of repair is the first sign that the village is in danger and that the community is about to receive a big shock. 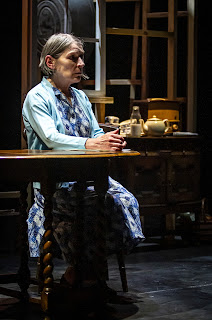 Writer Christina Castling does an excellent job in drip feeding the exposition so that one is not overloaded with too much information.  In each scene we discover a little more about the four occupants. Bet is house proud, Frank and Joe are both miners and Kathy is enjoying the early stage of her marriage. The news that the village is in category D is met with protests: this place has a close knit sense of community and it is not going to die without a fight. Bet is appointed secretary of the group set up to fight the council. 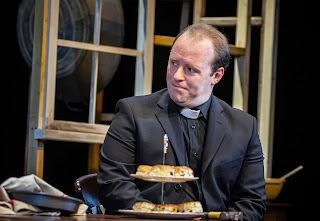 The council is offering an alternative: houses with running hot and cold water, a lack of mould, damp and rats but and inside toilet.These houses, which are a few miles away, also include gardens. The lure is most definitely there and when the young couple discover that they are to become parents they have a big decision to make. Alpha leader Bet is keen that the house that she has lived in all her life remains the focal point for her extended family. She is determined that the family stays in the village. She offers support to those wanting to appeal against the council’s decision. 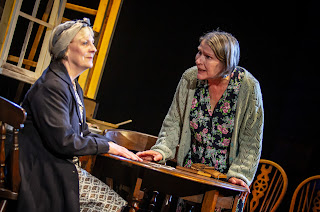 The strength of this play is in the ensemble. Jacqueline Phillips nails the role of the powerful matriarch. David Raynor acts as a counterpoint to her reactions as the laid back Frank - a man with poetry in his heart who ultimately wants to be supportive of his family but is after an easy life if he can get it. Getting the role of Kathy right is a challenge. The daughter is loyal to her family and Jude Nelson doesn’t make the challenges that her character faces appear out of place. Jackie Lye and Lawrence Neale support the action, punctuating the action whenever necessary. 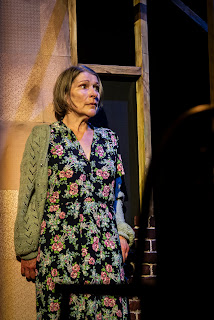 In a show that it touring both traditional theatres and community centres in villages that were either in category D, or next to them, the set had to fit into a number of different spaces. The Alison Ashton's set design served such a function well. 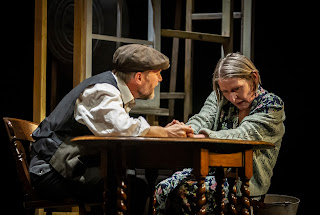 It was interesting to hear clips from Durham Council officials in some of the scene change overs. Such changeovers were a continuation of the action which helped the pace. 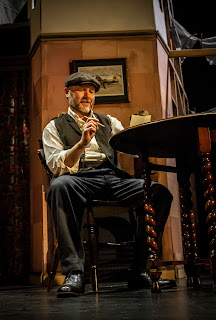 This is not so much a kitchen sink drama as a kitchen-without-a-sink drama. Christina Catling’s writing understands the difference between a house and a home totally. There is an exploration of the complexities of relationships between family members and between neighbours. In other words: how people that love each other can drive each other mad at times! It is also an underappreciated episode in our communities common history and not one that should be ignored. 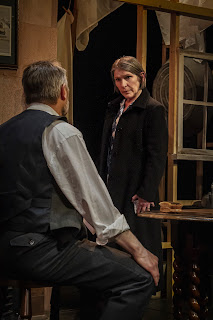 Well acted and on a topic that helps us understands more about ourselves - this was a good night out at the theatre.

Tickets and details of the rest of the tour: www.a-way-home.co.uk