NICK HANCOCK’S BACK – NO SQUIDDING!

Nick Hancock – star of TV shows such as They Think It’s All Over and Room 101 stars in a brand new British farce, Octopus Soup, coming to Darlington Hippodrome from Tuesday 26 February to Saturday 2 March. 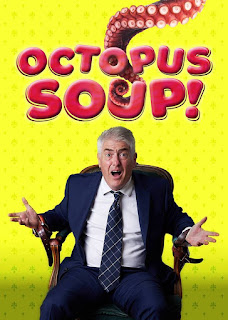 Here Nick talks candidly about returning to the stage.

What attracted you to Octopus Soup!?
I was keen to do Octopus Soup! because the producer Simon Fielder has some photographs of me in compromising positions and he said that he’d be willing to destroy the negatives. I’ve not seen that yet but it certainly tipped the balance. On a more serious note, it’s a bit of a departure for me to do theatre. I have done theatre before but when I read it it made me laugh, which is a good thing, and 2) it’s a new play. There’s something especially exciting about doing a new play because you really have no certainty about how it’s gonna work and so it is very exciting. And when it works very, very well there’s something special about that. 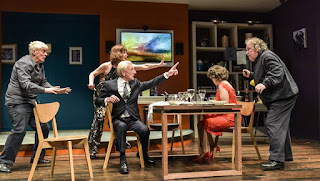 How would you describe the character of Seymour?
Seymour as a character is very like me. He’s dull and he is not particularly attractive and looks a lot like me, obviously. Seymour is the sort of supposedly logical centre of the play, where everything else mad goes around and around and around him. He’s a kind of everyman, if you want, but not really. 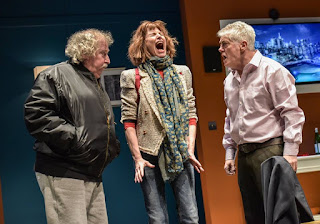 What are the big differences between you and him?
Playing Seymour is not something I’ve taken to naturally because he’s a lot more passive and a lot quieter and a lot nicer than I am. I quite like that. He also has a very good grasp of mathematics, which I certainly don’t. 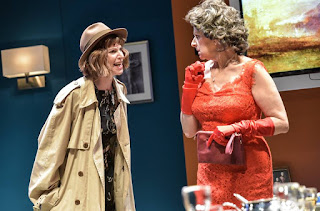 He’s very quirky, isn’t he?
Seymour is an insurance man to his very bootstraps so therefore everything in his home would be doubly tested. Again unlike me, all of the plugs would be properly wired and all of the lightbulbs would be regularly changed, the smoke detectors would be serviced and all of those things. He’s a man that not only believes in health and safety but lives his life according to the laws. 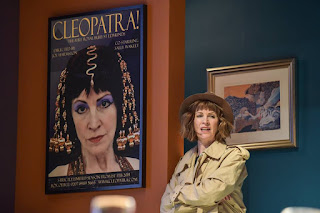 What challenges does the play present to you as an actor?
I have a number of challenges as an actor - 1) being I’m not an actor, 2) being I’m rubbish at learning lines, 3) being I forget where to go on stage and 4) being I’m absolutely terrified of performing in public. Other than that, I think it’s gonna be fine. 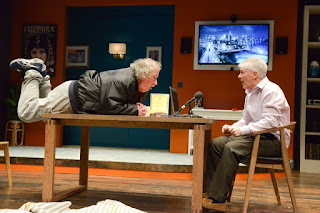 Have you worked with any of your fellow castmates before?
I’ve never worked with any of them before. [Laughs] If I’m honest, the relationship between the cast members has been much the worst thing about the play. There’s a lot of tension. I think it will be quite exciting to watch the play just knowing how much we hate each other. It’s like the Gallagher brothers. There’s a little frisson of violence all the time. And quite honesty, and I’m not gonna pick out names, but at least three other members of the cast have what I would consider to be significant personal hygiene problems. 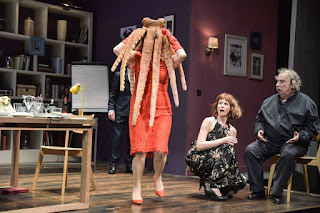 That said, what have you learned from working with them?
It’s great to watch them all work. They’ve got so much experience behind them and as I’ve admitted my experience is very on-the-ground so to see the ideas they come up with is great, little things they bring into the room - new ideas and little verbal ticks and physical behaviours. They’re also really generous and kind and helpful to me. 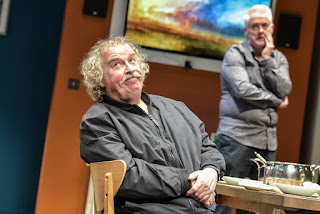 What sets Joe Harmston apart as a director?
Joe’s very calm. He’s a very calm director and very kind and very willing to listen, actually. [Laughs] Obviously he ignores what you say but he will listen to it. I think it does make everybody feel involved and everybody feel positive and everybody feel engaged. That really helps and by being so calm and having such a clear vision, it does make for a happy group of actors. Also it means you’re not wasting a lot of energy going away bitching about him! 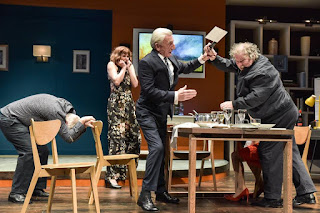 What do you feel makes farce popular amongst theatregoers?
I’m not sure that farce is as popular now as it used to be but that’s because it’s not performed. That’s one of the things that I’ve found interesting - here’s a farce and you don’t often get them. You get farcical elements in plays but this is a proper farce. There are many misunderstandings, there is much physicality and spillage, there is a lot of racing around and running in and out of doors. And that’s quite nice. There was a time when you couldn’t shake a stick at a play without finding a farce and The Whitehall Theatre was dedicated to farce for years and years and years. I think it is quite interesting to be putting on a farce in these times. 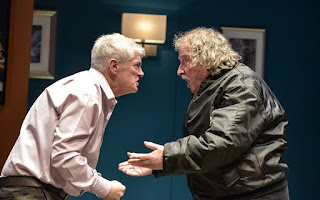 You’ve had a very varied career. What have been your highlights so far?
Oh, I don’t know. I’ve done so many different things and it’s been really, really good fun and I’ve been very lucky. I love sport and I’ve worked with lots of sports people. Like everybody else, I love comedy and I’ve worked with lots of really good comedians. I’ve been in plays. I was in a play, for instance, called An Evening With Gary Lineker which ended up in the West End. That’s exciting. I’m lucky that I get to do lots of different things. 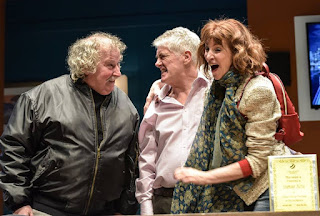 Having done non-scripted TV shows like They Think It’s All Over and Room 101, how it is having to stick to a script?

I think I stick to the script quite carefully. [Laughs] The other actors, not so sure. We are relatively early in rehearsals and I think I’m fairly safe on about four lines. 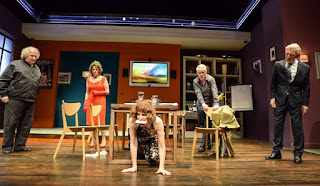 Do you have any pre- or post-show rituals?
When I was younger my pre-show ritual would have involved drinking but now that doesn’t happen so much. It is quite nice as you get older to think of something as being a job. With all the other actors in this, we’re all of an age and actually these days my rituals involve just trying to keep calm and be ready to do it the next day. We’re doing a tour, you know? It’s actually relatively intense so it’s about just keeping your head down.

And when the performance finishes?
Oh, I’ll be out the door as quick as I can go. I like to go to bed at ten o’clock. 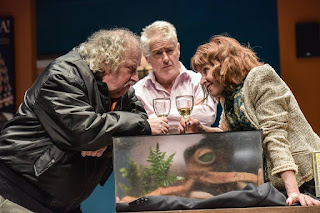 What’s the one thing you couldn’t be on tour without?
Lemsip. When you’re a card-carrying hypochondriac, as I am, having some Lemsip to hand… I mean, the idea of returning to any bedroom and there not being a chance to have some form of calming, slightly medicinal hot drink would put me into a panic.

Tickets:
Octopus Soup runs at Darlington Hippodrome from Tuesday 26 February to Saturday 2 March.
For more information or to book call 01325 405405 or visit www.darlingtonhippodrome.co.uk