Bill Kenwright’s ‘Beautiful’ and ‘Spectacular’ production of Ghost – The Musical returns to the UK in 2019, following a spectacular international tour in Dubai, Istanbul and Trieste. The 2019 UK tour is at the Sunderland Empire from 12-16 March 2019. 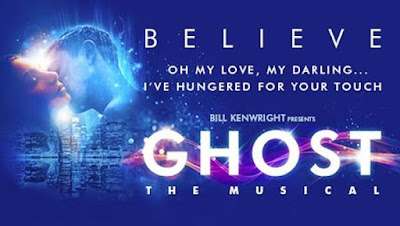 The double Academy Award-winning movie Ghost is a huge success story, both critically and at the box office, where it was the highest grossing film in the year of its release. It starred the late Patrick Swayze alongside Demi Moore, Tony Goldwyn and Whoopi Goldberg and was directed by Jerry Zucker. Bruce Joel Rubin's script won the Oscar® for Best Original Screenplay and Whoopi Goldberg won the Oscar® for Best Actress in a Supporting Role. The film's most iconic and moving scene was famously performed to The Righteous Brother's Unchained Melody, which also features in the musical version.

Walking back to their apartment late one night a tragic encounter sees Sam murdered and his beloved girlfriend Molly alone, in despair and utterly lost. But with the help of Oda Mae Brown, a phony storefront psychic, Sam, trapped between this world and the next tries to communicate with Molly in the hope of saving her from grave danger… 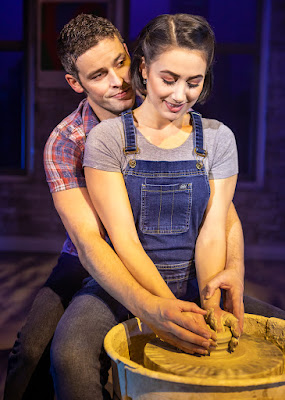 Bill Kenwright said; “Ghost is a story full of hope and is one of those films which never leaves you. The book by Bruce Joel Rubin and score by Dave Stewart and Glenn Ballad come together wonderfully.”

Bruce Joel Rubin said; “This is a show with such a strong emotional and musical life that it can mould to many visions and interpretations.  It can be performed on any scale, and its vibrant heart will still captivate an audience and allows the imagination to flourish. It is purely theatrical in the greatest sense”.

The stars of the hit musical based on the Oscar-winning film tell us about bringing the iconic story to the stage ahead of the one week run at Sunderland Empire in March 2019. Here is what Niall Sheehy (Sam), Rebekah Lowings (Molly) and Jacqui DuBois (Oda Mae Brown) think ahead of their appearance on Wearside.

What is Ghost The Musical about?
NIALL: It’s the story of a young couple who suffer a loss. My character, Sam, is killed but can’t seem to move into the next world. His girlfriend, Molly, is in danger. He’s trying to help her while she’s trying to find a way to move on. In the middle of that, he realises that Oda Mae, a fraudulent psychic, can actually hear him, so he enrols her to try and help communicate. 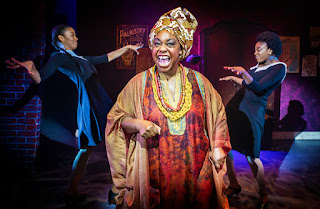 What attracted you to the show?
REBEKAH: When I first saw the show it took my breath away. The storyline is iconic. The songs are just stunning, the orchestration is beautiful.
NIALL: It’s so full of heart and it deals with loss, which is a really important issue. Whether you’ve lost a loved one, a job or anything important, it resonates with us as actors and as audience members.
JACQUI: It puts you in touch with your heart.
NIALL: It takes you on an emotional journey. It’s heartbreakingly sad at points, but it’s also rip-roaringly funny. It’s a show for anybody who believes in the power of love.

What are your characters like?
NIALL: Sam is complex. He’s fun-loving and relaxed, but he has intimacy issues. He has an issue expressing love, but he’s determined and even when he hits rock bottom, he doesn’t give up. He’s a fighter. That’s something I would like to think I share with him.
REBEKAH: Molly has a constant flow of hope and determination. She wants to believe. She’s boisterous. She’s a tomboy, like me.
JACQUI: I love Oda Mae. She’s direct and I have that part of my personality. She is a real hustler and a survivor.

It’s nearly 30 years since Ghost was released as a film. Why do you think the story has stood the test of time? 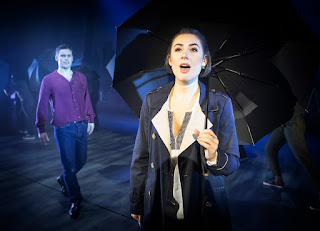 REBEKAH: It’s because the characters are so relatable to everyone. This show is so real.
NIALL: As much as it’s this wonderful, crazy story, these characters are absolutely rooted in the truth. Everyone can relate to feelings of loss and of thinking ‘If only I had five more minutes with them’.
JACQUI: It’s a universal thing. It doesn’t matter what country you come from, what colour you are, what sexuality you are, we all feel this exactly the same way. No-one owns it more than anyone else. If you love, you love. I lost my mother the last time I did this show. That was very hard. But at the end of the show every night I connect with my parents. I think the audience has that too. At that moment, I’m probably an audience member feeling the same things as them.

The potter’s wheel scene is an iconic moment of movie history. What’s it like to perform on stage?
REBEKAH: I was originally petrified because, apart from being a performer, my artistic qualities are very slim. I love that scene because we have so much fun. I wish I could get Niall more messy, but he has a quick change right after and I’m not allowed.
NIALL: People want to see those “Ditto” moments because that’s what they remember from the film, and it’s a lovely scene to be part of because you know it’s one of those amazing moments. But we’re not here to mimic Patrick Swayze, Whoopi Goldberg or Demi Moore. We’re not trying to reinvent the wheel either. Hopefully when people see this show, they’ll see the film they remember but they’ll also see something very different.

What does the music, written by Dave Stewart and Glen Ballard, bring to the story?
REBEKAH: The songs are so well written, they don’t feel like songs, they feel like an extension of the script. I know that sounds silly, but you could easily speak the songs.
NIALL: It’s an eclectic songbook and a cleverly constructed score. The music we’re singing perfectly suits who we are as characters. The writers have done a lot of work on the music, with some of the songs being drastically rewritten for this production. It’s great to see a musical that hasn’t just been finished and left. They’ve reworked it, so thankfully I think we have an even better piece now.

What’s the best thing about touring? 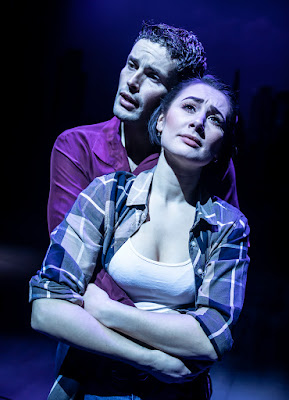 REBEKAH: I love touring. You get to see different cities, different places. And I love weekly touring because you can’t ever get bored. You’re always on a new stage in a new city and everything feels slightly different and more exciting.
NIALL: It’s fantastic to take a new show into a town. Audiences, I find, are so excited and up for it. And you get to experience some lovely things in cities you may never have got to do otherwise. We always have an unofficial social secretary within the cast who says we’re going to do X, Y and Z. There’ll be plenty of fun to be had over the course of the tour.

What’s makes live theatre special?
JACQUI: It’s historic. It’s how we shared together when we lived in little villages and tribes. Everyone gathered for storytelling.
NIALL: To see live theatre is a real joy. To see actors on stage showing rage or love or sadness, to be in the presence of raw emotion, which hopefully you’ll see in our production, it’s powerful. Every time I see a show it moves me more than when I’m watching a film in my living room where I can pick up my phone if I want to quickly send a text message. In a theatre you leave the world outside and get engrossed in the story.

With Music and Lyrics by Sunderland’s very own Dave Stewart and Glen Ballard. Rebekah Lowings (Joseph and the Amazing Technicolour Dreamcoat, Jesus Christ Superstar) will join Bill Kenwright’s production of this timeless story of love, despair and hope in the part of Molly alongside Niall Sheehy (Titanic The Musical, Miss Saigon, Les Miserables, Wicked) as Sam.

West End musical theatre star Jacqui Dubois (original London cast of Rent and Children of Eden, other credits include The Lion King, Fela and most recently People, Places and Things) returns to play ‘Oda Mae Brown’, the part made famous in the film by Whoopi Goldberg. 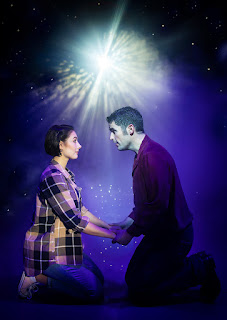 Tickets available from the Box Office on High Street West or online from our affiliate ATG Tickets: http://bit.ly/GhostSund. #Ad
Posted by North East Theatre Guide at 21:27