Follow North East Theatre Guide on Twitter at https://twitter.com/NETheatreGuide and on Facebook at www.facebook.com/NETheatreGuide. Read about JoWhereToGo and its PR and photography services here.
Henning Wehn: Westphalia Is Not An Option
Whitley Bay Playhouse
Thursday 29th September 2016
The Playhouse is delighted to announce that Henning Wehn will return to Whitley Bay on Thursday 29th September 2016 with his new show, Westphalia Is Not An Option. 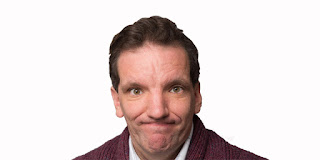 Join German Comedy Ambassador Henning Wehn for an evening of Teutonic jolliness at its best. After his last show tackled those well-known staples of light entertainment that are the British obsession with home ownership and the self-serving nature of most fundraising efforts, this time Henning’s having an unbiased look at immigration. He also wonders, if, generally speaking, people are competent. Luckily in his case this doesn’t matter as either he’s funny or he lives up to a national stereotype. It’s a win-win situation. Come along. Or else.
“Very entertaining and very accessible” The Scotsman
“Forget about the Euro, Henning hits the Mark” Nottingham Post
“His accent is not so much German as indescribable” Daily Mail
Tickets
Tickets costing £16.50 are available now from the Box Office open Monday – Friday 10am – 4pm, Saturday 10.30am – 2.30pm plus until show start on event days. Tickets can also be purchased on the booking hotline 0844 248 1588* or online at www.playhousewhitleybay.co.uk.
*Calls cost 7p per minute plus your phone company’s access charge.
Posted by North East Theatre Guide at 19:44