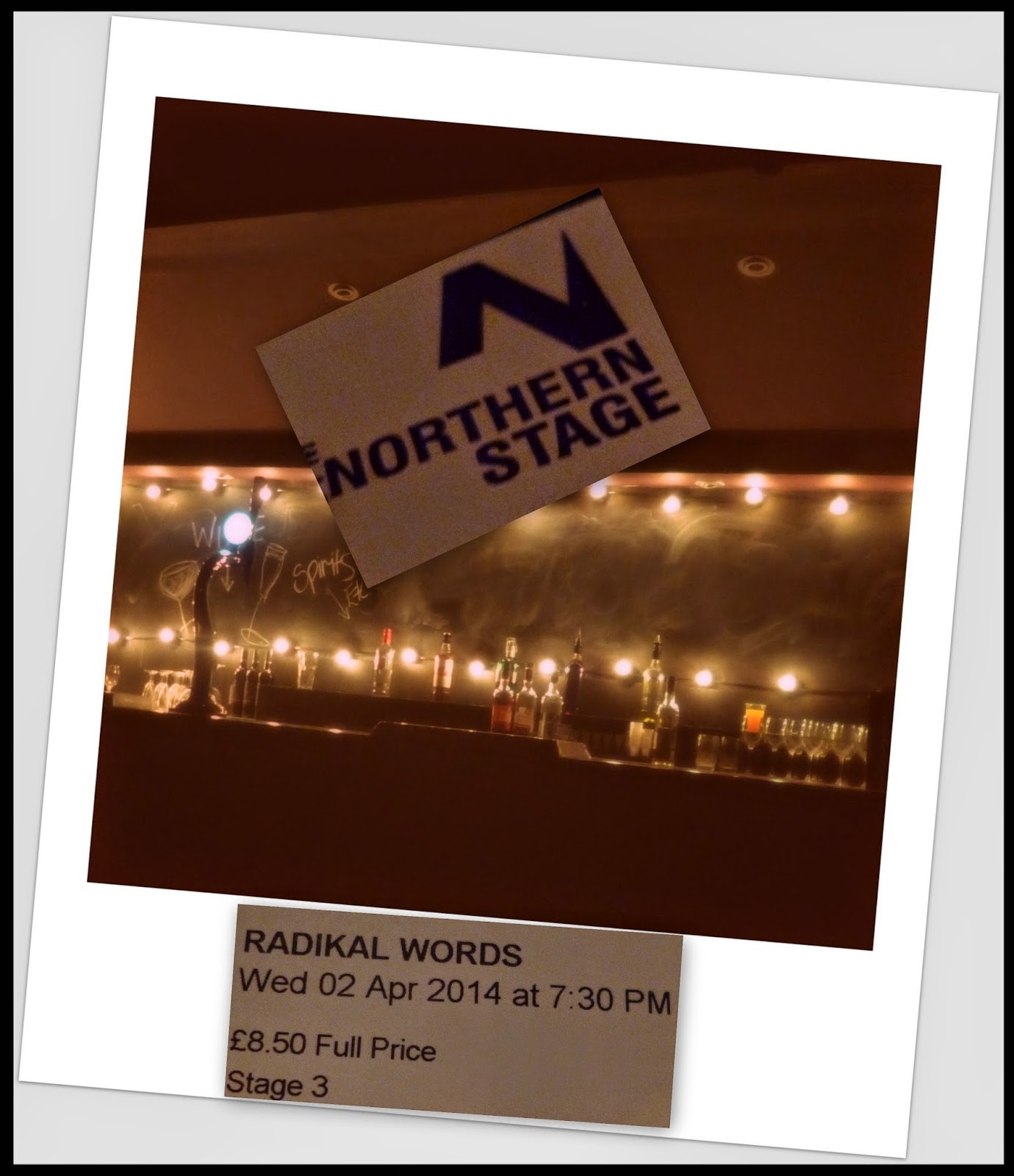 If your patter was watter than we’d all drown

Musician Ditte Elly and her band opened the bi-annual eclectic feast with her delicate melodramatic songs. She skilfully flies around the fretboard of her guitar whilst gently describing the moods of winter. The host Jeff Price then treats us to one his own canny poems before Rowan McCabe springs onto the stage. The Hebburn lad had a musicality to his ditties about being the bookish lad who is brought up and not accepted as a true Geordie. He announced that he has a play coming in the Autumn which will be worth seeing based upon tonight’s lively performance.  Charming Arabella Arnot covered a number of topics from predatory males, adolescence, old age and life in the West end of Newcastle.
David Lee Morgan returned  to the region he studied in to put the performance into performance poetry with a provocative take on love, Santa and revolution.  His energetic delivery was highly stimulating. Mandy Maxwell brought amusement to the stage with her suggestions on how to get rid of problem people and her flatulence tales. At the core of Mandy’s  act are tales about the young people that she has got to know in her work. Such anecdotes are a mixture of hope and despair.
The evening concluded with a solo performance from Bristol’s Dizraeli who can normally be found fronting the hiphop band ‘Dizraeli and the Small Gods’. He mixed music and poetry seamlessly. He was absolutely correct to point out that the evening was full of talented acts who would be given greater exposure if there was justice and yet our radios are full of bland diversion. Dizraeli exposed a strong folk influence in his material.
The evening was a treat in an intimate venue. Radikal Words returns to Northern Stage in November.
This review was written by Stephen Oliverfor Jowheretogo PR (www.jowheretogo.com). Follow Jo on twitter @jowheretogo, Stephen @panic_c_button or like Jowheretogo on Facebook https://www.facebook.com/Jowheretogo
Posted by North East Theatre Guide at 00:34