MUCH TALKED ABOUT PLAY STARRING EX SERVICE PERSONNEL COMES TO THEATRE ROYAL
‘I am so proud and overwhelmed.  It is the most moving play I’ve seen for a long, long time.  The public should get behind this and be part of something unforgettable.’ Ray Winstone 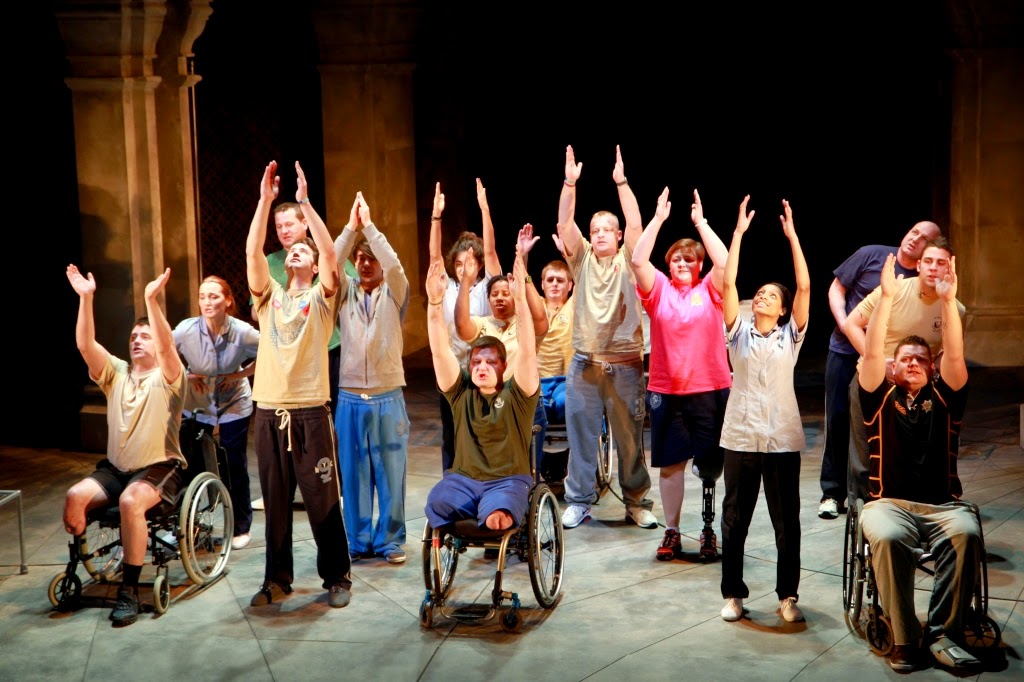 In the centenary anniversary of the outbreak of World War 1, the play The Two Worlds of Charlie F, will start a new UK tour visiting Newcastle Theatre Royal 28 April – 3 May.  The tour, which will be supported using public funding by the National Lottery through Arts Council England, will be supporting The Royal British Legion by raising funds at each performance.  It will be performed by medically discharged military personnel, as well as professional actors.
The Two Worlds of Charlie F was the idea of Alice Driver, the then Masterclass Creative Producer and now the Executive Producer of this new tour.  Her initial idea was to provide a unique work placement for serving wounded, injured and sick (WIS) military personnel within a theatre company. This was the first time that the MOD had allowed a theatre company access to their wounded soldiers and led to workshops and interviews with the WIS service personnel from the war in Afghanistan, which, in turn, led to a play being created through the partnership of The Theatre Royal Haymarket Masterclass Trust, The Royal British Legion and Defence Recovery Capability, written by the award-winning poet and playwright Owen Sheers.  The play was rehearsed and performed on stage at the Theatre Royal Haymarket in London’s West End for two sold-out performances.   The play then went on a short UK tour, visiting Birmingham, Cardiff and Edinburgh, and won the Amnesty International Award for Freedom of Expression 2012.  The production was directed by Stephen Rayne with the support of patron Trevor Nunn.  The other two patrons were Ray Winstone, the project ambassador, and recently retired General Sir David Richards, Chief of Defence Staff.  It received five-star reviews, full houses and standing ovations wherever it played.
A documentary commissioned by Alan Yentob looked at the process of creating and staging The Two Worlds of Charlie F.  Called Theatre of War, it was first shown on BBC1’s Imagine… and is currently nominated for The Grierson Documentary Awards.
'Very, very funny, very, very touching. I think everyone should see it' Joanna Lumley
'Theatre at it's most direct, vital and moving. Inspirational stuff’ Michael Sheen
The Two Worlds of Charlie F is a soldier’s view of service, injury and recovery.  Moving from the war in Afghanistan, through the dream world of morphine-induced hallucinations to the physio rooms of Headley Court, the play explores the consequences of injury, both physical and psychological, and its effects on others as the soldiers fight to win the new battle for survival at home.  The play is a very personal and very moving look at the effects of war on individual combatants, but it also has a huge amount of humour and humanity. 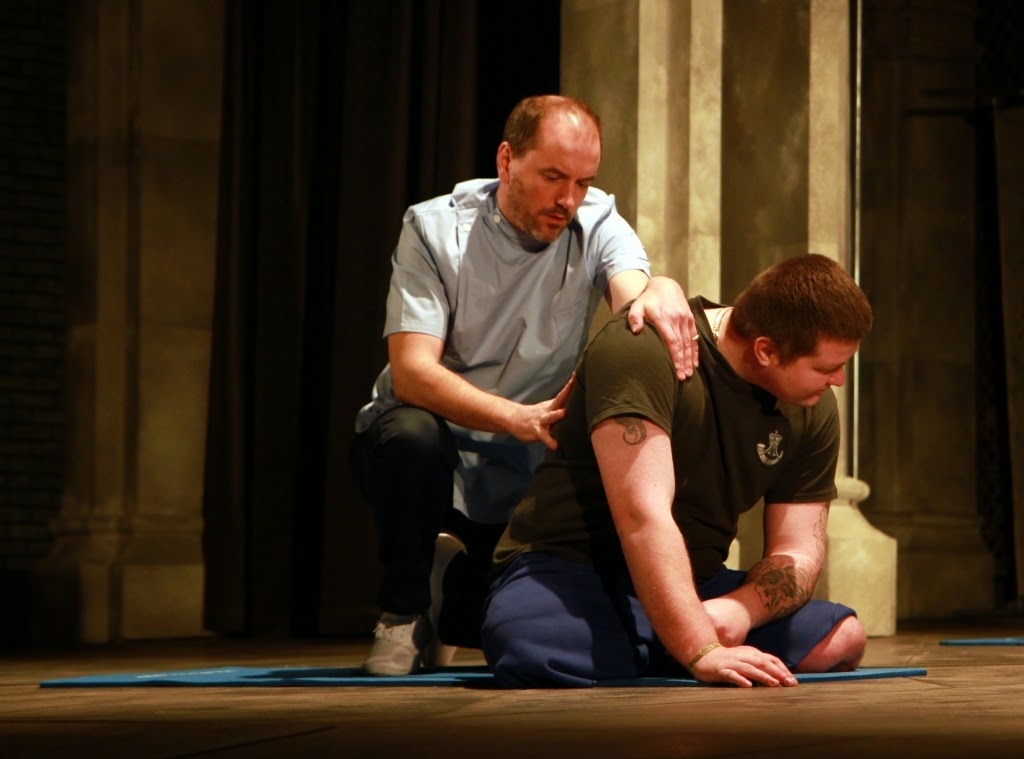 The cast will include ex-servicemen and women Bombardier (Rtd) Gareth Crabbe, Rifleman (Rtd) Daniel Shaw, Darren “Swifty” Swift, Marine Cassidy Little and Lieutenant Col (Rtd) Stewart Hill, with further casting to be announced.  Marine Cassidy Little, who plays the title role of Marine Charlie Fowler, was born in Canada and studied performance art in the United States.  He then did stand-up comedy in Britain before joining the Marines (as the result of a bet).  Cassidy lost a leg in his second tour of Afghanistan. 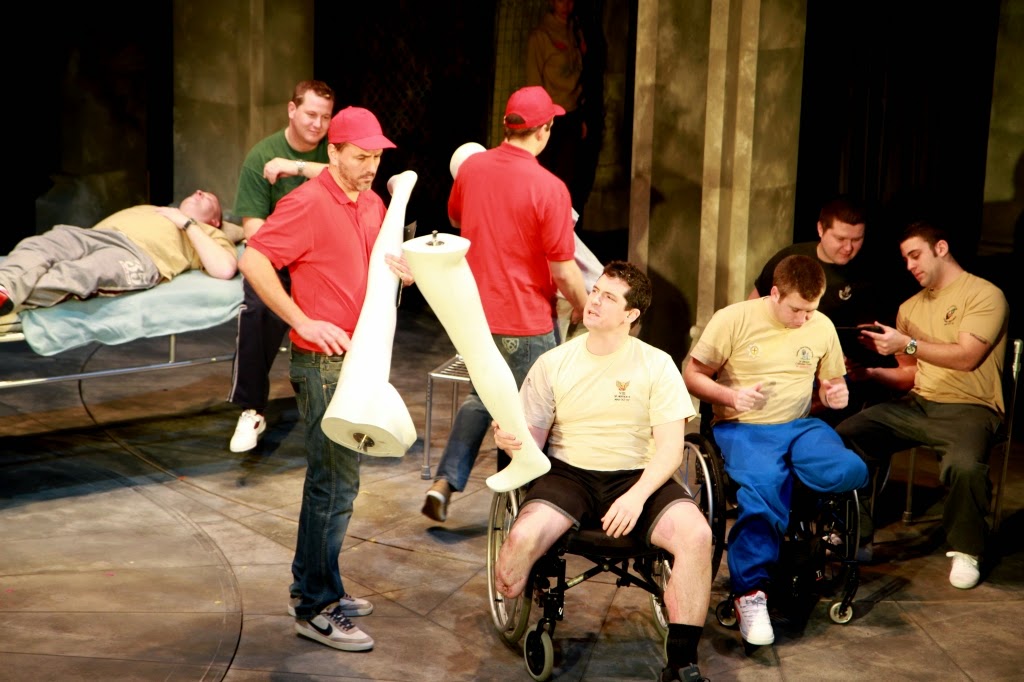 Writer Owen Sheers is the author of two collections of poetry, The Blue Bookand Skirrid Hill, a work of narrative non-fiction about Zimbabwe, The Dust Diaries, a novel, Resistance, and a novella, White Ravens.  In 2011, he wrote the script for the National Theatre of Wales’s The Passion, directed by and starring Michael Sheen.  His verse drama Pink Mist, commissioned by BBC Radio 4, was published by Faber and won the Hay Medal for Poetry 2013.
On the night the show opens at Newcastle Theatre Royal, Mon 28 April, patrons can support the Royal British Legion’s Bravo 22 Company, a theatre project for wounded soldiers, by opting to buy a £50 ticket. This ticket price includes a top price ticket and a glass of champagne with the cast after the performance.
£10 tickets for military personnel are available (restrictions apply).
The Two Worlds of Charlie F appears at Newcastle Theatre Royal from Monday 28 April – Saturday 3 May. Tickets are available from £9 (plus a booking fee of 95p - £1.95 will apply to most tickets) and can be purchased from the Theatre Royal Box Office on 08448 11 21 21 or select your own seat and book online at www.theatreroyal.co.uk