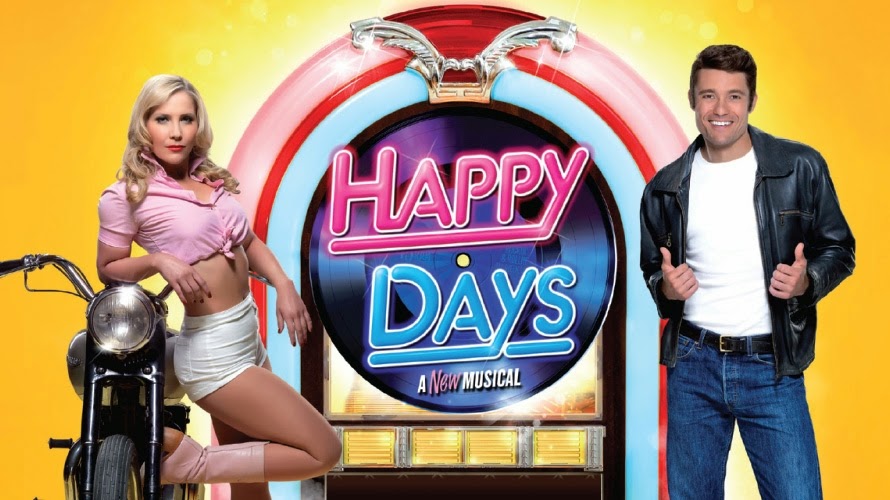 Book: Garry Marshall
Music & Lyircs: Paul Williams
Director & Choreography: Garry Marshall
Musical Supervisor: Greg Arrowsmith
Not many productions are a feature of a Channel 4 series and one expects that a number of those who see Happy Days will have done so as a result of “The Sound of Musicals” earlier in the year. Amy Anzel had overcome adversity and had signed the original Fonz Henry Winkler as a creative consultant. Since then Bucks Fizz star Cheryl Baker had jumped onboard to play Marion Cunningham and former Sugababe Heidi Range as Pinky Tuscadero. 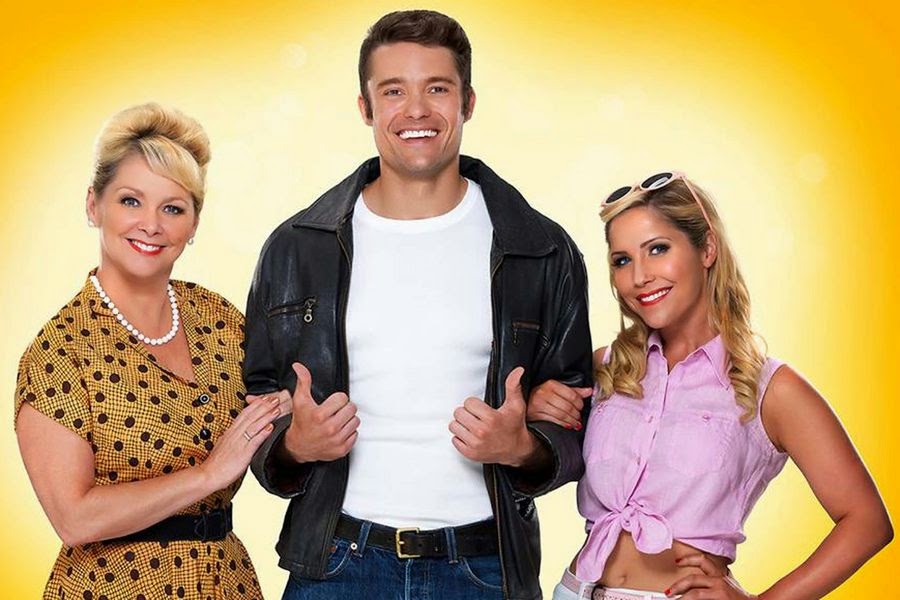 Much of this cheery uplifting musical is set in “Arnolds”, the diner, which is under threat from redevelopment. The plot starts with the owner Arnold Delvecchio (Ray Gardner) informing the Fonz (Ben Freeman) and his young band who idolize him.  Local hardware store owner Howard Cunningham and his local freemason-esque group, The Leopard Lodge,  decides to raise the funds to fight this plan. 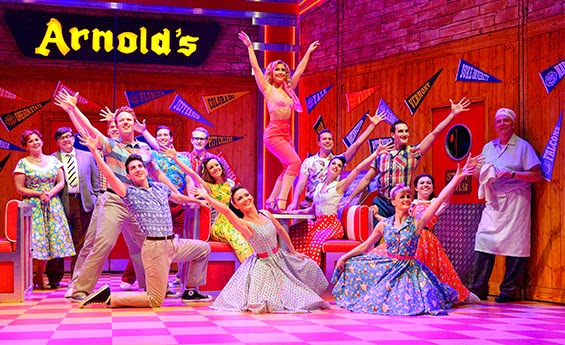 The story then steered through a fund raising dance at the diner and a televised picnic and wrestling match with a background of inspirative musical numbers and tight dance routines. The musicians skilfully played as the youthful cast worked professionally through these entertaining routines showing off their colourful costumes.  There are even a few nods to Cheryl Baker’s past. 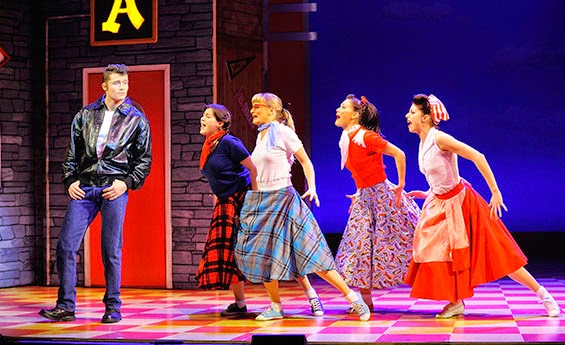 The story is a light-hearted take on a vision of 1959 that may not have existed in Milwaukee, Wisconsin. The cast are full of energy and performed the show with great enthusiasm. 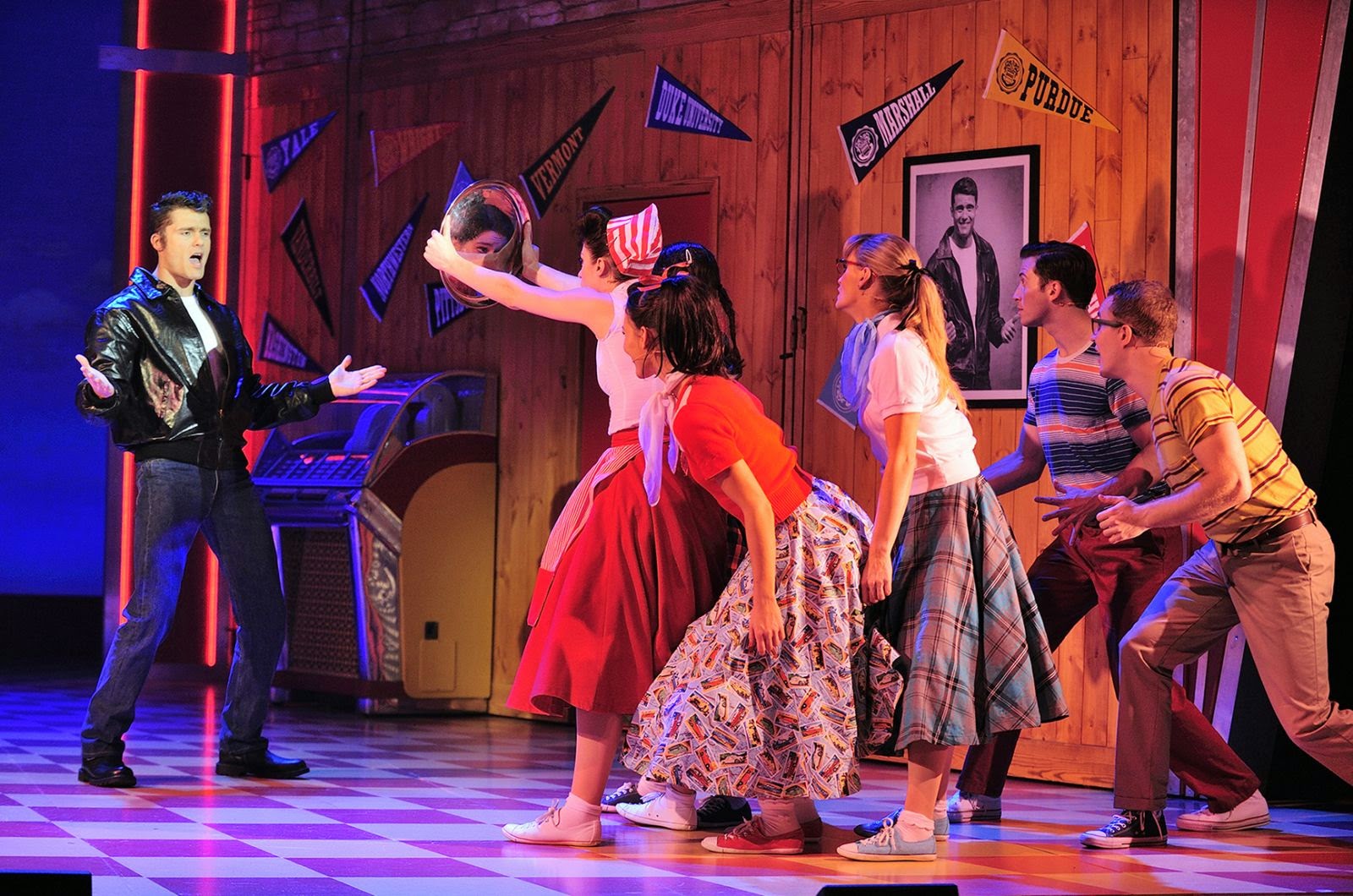 The book seems to run out of script, and this is a shame, so the show finishes with a couple of musical numbers during which the audience are encouraged to dance along. Musicals are not easy to write or perform in. Some don’t make it as massive successes. As Ken Mandelbaum once said “Not since Carrie”… 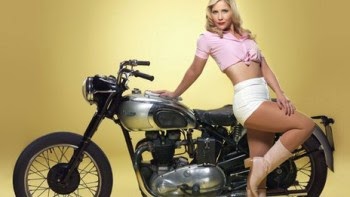