Preview: All The Beds I Have Slept In at Newcastle Northern Stage

Phosphoros Theatre’s All The Beds I Have Slept In

‘A bed that wasn’t a bed. A sheet in the Sahara.

A charpai on my roof in Afghanistan when it was too hot to sleep inside.

On our balcony back home, sharing with my brother. 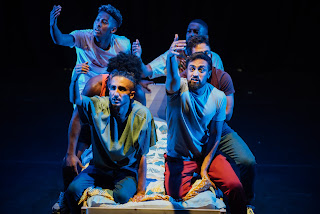 After a successful tour last Autumn that saw nearly 500 refugee audience members and multiple sell-out performances in London (Rich Mix and Canada Water) Leeds Playhouse, Manchester Home, Derby Theatre, Nottingham Playhouse and Theatre Clwyd, All the Beds I Have Slept In is returning with a new version and new refugee cast from Afghanistan, Syria, Sudan, Ethiopia, Eritrea and Morocco. 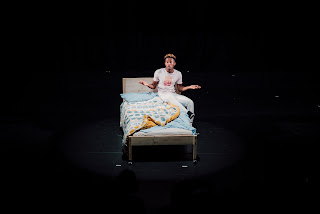 Using a simple set of just a bed on stage, the play recalls the hundreds of beds the actors have slept in on their journeys from their homelands to the UK. It explores the kindness of strangers who offered help, from a guard in a Greek detention centre to a passenger at a train station who shared a room in his house, these are the real people who kept the actors moving forward. It also tells the fictional story of Sameer (Syed Haleem Najibi) and Youssof (Mohamad Aljasem) created out of hundreds of refugee experiences we’ve heard. First meeting in a foster home in London they stay best friends, only Sameer has Right to Remain and Youssof doesn’t, so their lives take very different paths. All The Beds I have Slept In uses Phosphoros’ trademark wit and energy to reveal the intimacy created between friends when family is absent, and how to stay hopeful in a world that isn’t fair. 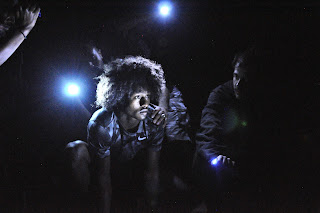 Updated for 2022 – Afghanistan and Ukraine

Since the play was first created, global trends in forced migration have changed. The Nationality and Borders Bill became law authorising removals to Rwanda; while ‘Operation Warm welcome’ in response to the Afghanistan crisis was swiftly followed by ‘Homes for Ukraine’. The play reflects on these changes and what they mean for our company of refugee actors from who mostly came to the UK as unaccompanied children.

‘But the people keep coming from Kyiv and Kabul

And some of us realise that the queue isn’t equal…’ 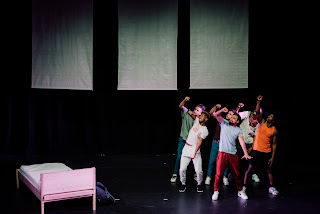 For the first time we will be inviting refugee young people and budding artists from around the UK to contribute material to our show, which will be shared in performances in each location. These moments will be developed during drama workshops with local refugee youth groups, led by our actors, exploring and reflecting on the themes of the play.

Alongside Sheffield, Leicester and London we will be performing in Newcastle at Northern Stage on the 8th and 9th September. As a proud Theatre of Sanctuary, we know whenever we visit Cities of Sanctuary (like Newcastle) we are amongst friends. Our shows are made for people who want to listen to refugee stories. Every year we invite hundreds of refugees and asylum seekers to our performances, and they have told us our work makes them feel seen. We believe seeing refugee actors controlling their own narratives validates, recognises and represents lived experience in important and meaningful ways.

“We want our shows to start a conversation about how we listen to, welcome and involve refugees in our communities.

The impact of our work doesn’t end when the house lights go up; audiences leave wanting to make change in their own local areas, and those who haven’t been to the theatre much (or ever) hopefully leave with a plan to return.”