Unfortunate: The Untold Story Of Ursula The Sea Witch To Visit Northern Stage

Unfortunate: The Untold Story of Ursula the Sea Witch 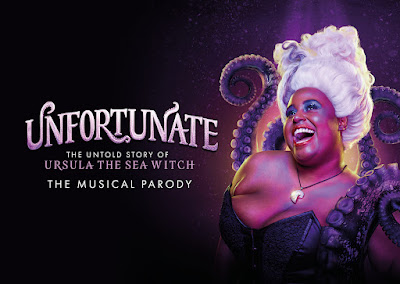 Things are gonna get wet...! As critically acclaimed hit parody musical Unfortunate: The Untold Story of Ursula the Sea Witch will visit Northern Stage from 20 - 24 September.

Join everyone’s favourite Disney Diva, Ursula, as she gives her take on what really happened all those years ago under the sea. With an original hot pop soundtrack and trademark filthy humour, it’s time to take the plunge and dive Into this year’s hottest

When Disney released ‘The Little Mermaid’ in 1989, they had no idea they were giving birth to an icon.

Ursula the Sea Witch quickly took her place as the queen of Disney villains: a pop culture legend and a feminist badass. She’s loud. She’s clever. She’s a ruthless businesswoman, and oh boy.

is she sexy. Sexy, and unapologetically fat. She’s not defined by slipper - sized feet, or enchanted blonde hair, or snow-white skin. Ursula is plump, purple and proud. For the LGBTQ+ community stands Ursula, defiant against her creator and with a message for all us ‘poor unfortunate souls’: love the skin you’re in, value your voice over your body, and don’t be afraid to be a little bit nasty”.

Who better to take us on a scorching trip through the problematic minefield that is Disney? 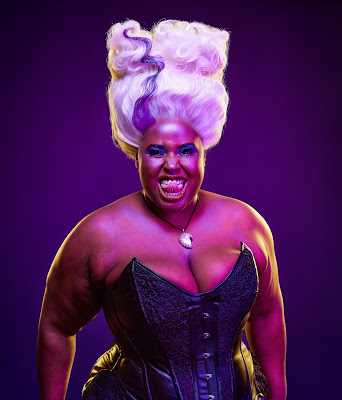 Robyn Grant –Writer of the Book and Lyrics and Director said: "We’re beyond thrilled to be making our return this Summer, after spending the last two years upscaling the design, expanding the show into its two fast paced and electric acts, finding our wildly talented new cast and dreaming up what we know this show has the potential to be. ‘Unfortunate’ is brimming with the passion and persistence of a magnificent team of individuals fully committed to our vision of pure silliness, eccentricity and joy. Ursula’s lair is finally ready to welcome you back and brimming with surprises, we just need our final ingredient... you!”

Unfortunate is produced by Wildpark Entertainment and Fat Rascal Theatre. The London premiere is produced in association with Underbelly.

Book and Lyrics are by Robyn Grant and Daniel Foxx with Music,

Tickets are on sale now from £10 at https://northernstage.co.uk/whats-on/unfortunate/

2 hours and 15 minutes including a 20- minute interval