The People’s Theatre in Heaton kick off the year with another classic whodunnit from the Queen of Crime!

The Hollow by Agatha Christie 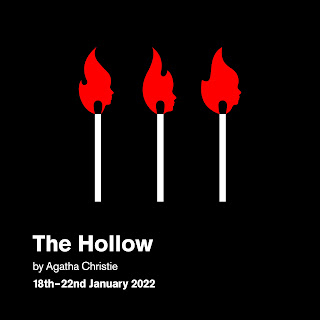 All is going well as Sir Henry Angkatell gathers family and friends for a long weekend at The Hollow, his grand rural estate. Then a body is found in the garden room.
The stage is set for a detective tale full of intrigue, jealously and deception. Everyone from the Servants Hall up to the Drawing Room is under suspicion, with enough red herrings to keep you guessing until the very end!
Can tough-talking Inspector Colquhoun of Scotland Yard solve the crime before it’s too late?
The Holllow was adapted for the stage by Agatha Christie herself from her novel of the same name, and it premiered in London’s West End in 1951. Its success led to Christie adapting another of her stories into ‘The Mousetrap’ which opened in 1952 and continues to this day!
The People’s are no strangers to Christie mysteries, and have staged many of her classics including ‘Murder on the Nile’, ‘The Unexpected Guest’ and ‘Black Coffee’.
The Holllow  promises to be just as much fun and is just the thing to warm you up this January.
Tickets:
The Holllow  runs from Tuesday 18th to Saturday 22nd January, and includes a socially-distanced performance on the Tuesday.
Tickets:           £15 (Conc. £13)
All details are on the website www.peoplestheatre.co.uk
Posted by North East Theatre Guide at 21:00