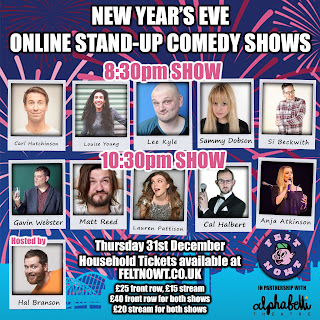 New Year's Eve is just around the corner and you are now not legally allowed to leave your couch.

So, Felt Nowt have pulled together a number of the best comedians in the North East to put on a couple of shows that you can watch from home.

It will all be performed and recorded in the same venue, with great sound and lighting, socially distanced. It won’t just be comics phoning in from their houses with bad wifi. It’ll be as close to a live gig as possible.

There are two tiers of tickets available: VIP ‘front row’ tickets for £25 that will allow you to watch on Zoom and interact or a youtube stream ticket for £15 for those that prefer to just watch. And for those dedicated comedy fans & flash Harrys there's a discounted option that gives you access to both! (£40 VIP / £20 livestream)

Felt Nowt is a not-for-profit organisation that has a goal to transform the North East comedy scene for audiences and comedians.

It has been formed by a number of well known North East comedians, including Gavin Webster, Hal Branson, Lee Kyle and Lauren Pattison.

As a Community Interest Company Felt Nowt will reinvest all of its profits back into the business with the long-term goal of taking comedy to communities which might not otherwise have access to it. 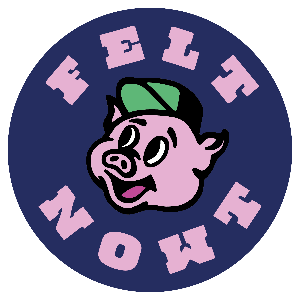 Tickets will also allow you entry to our aftershow, a live version of the cult call in Comedy Results show, which we could well regret.