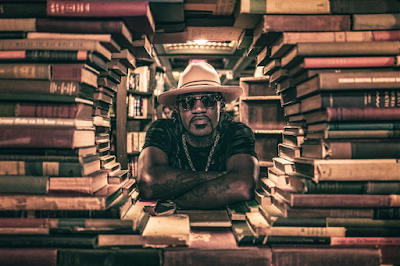 Gales’ story is an incredible one, he was a child prodigy and released his debut album The Eric Gales Band in 1991 as a 16-year-old on Elektra Records. It was the first of 10 albums on a major label through a blistering career. He has released 15 studio albums in total ahead of ‘The Bookends’ and a host of other collaborations. He has battled drink and drug issues and spent time in jail in 2009 for possession of drugs and a weapon. Gales proudly tells his story every night before every show, now over two years sober he is creating some of the most breath-taking music he has ever made. Talking about his approach to song writing in this time he reflects. “I guess the songs would answer the question more or less, I definitely don’t have anything clouding my view and it’s definitely a much purer place where its coming from.”

If ‘Middle of the Road’ was the rebirth of Eric Gales, then ‘The Bookends’ is him knocking away his boundaries and taking flight on a voyage of self-discovery asking himself what do you think you can do and pushing that into the stratosphere.

“It’s still a revelation to hear his late-period bloom. These songs could be crossover hits” (Classic Rock 8/10)

“From the opening Whammy Pedal fuelled notes of The Bookends, Gales affirms that he is one of the most capable and exciting guitarists on the planet.”  (Guitar Techniques 5/5)