One of TV’s best-loved actresses, Samantha Womack is to revive her role as Morticia Addams in the new UK & Ireland tour of The Addams Family which opens at Newcastle Theatre Royal in July. She is to be joined by Cameron Blakely as Gomez Addams. 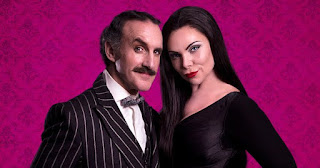 Samantha Womack is best-known for her long-running role as Ronnie Mitchell in BBC1’s EastEnders and last appeared at Newcastle Theatre Royal in 2018 when she played Rachel Watson in the stage adaptation of The Girl on the Train. 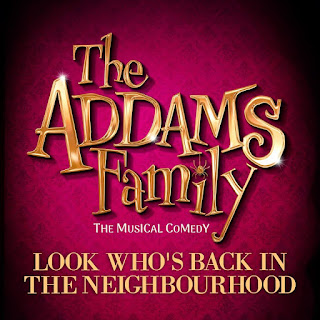 Cameron Blakely’s previous theatre credits include the role of Thenardier in Les Misérables, a role he played for two years in London’s West End. Cameron was also part of the 25th Anniversary at the O2, where he played Bamatabois. Other credits include Smee in Stiles and Drewe’s Peter Pan at the Adelphi Theatre and Fagin in Oliver! at The Watermill Theatre. He has also appeared in many productions at Regent’s Park Open Air Theatre, including A Midsummer Night’s Dream, Hamlet, Romeo and Juliet and The Taming of the Shrew.  Most recently, he played Dennis Dupree in the UK Tour of Rock of Ages, and Lex Hogan in Eugenius! at The Other Palace.
Wednesday Addams, the ultimate princess of darkness, has grown up and has a shocking secret that only Gomez knows; she’s fallen in love with a sweet, smart young man from a respectable family! Now, Gomez Addams must do something he’s never done before — keep a secret from his beloved wife, Morticia.  Everything will change for the whole family on the fateful night they host a dinner for Wednesday’s “normal” boyfriend and his parents.  All the usual clan are present - Uncle Fester, Lurch, Pugsley et al.
Tickets:
The Addams Family is at Newcastle Theatre Royal Thursday 30 July - Saturday 8 August 2020.  Tickets from £16.50 can be purchased from the Theatre Royal Box Office on 08448 11 21 21 (Calls cost 7ppm plus your phone company’s access charge) or book online at www.theatreroyal.co.uk.
Posted by North East Theatre Guide at 14:26