Whitley Bay Playhouse
Thursday 23rd February 2017
2 pm & 6 pm
The Playhouse in Whitley are delighted to announce that local actorTom Whalley has been cast as the Mad Hatter in Immersion Theatre’s Alice in Wonderland. 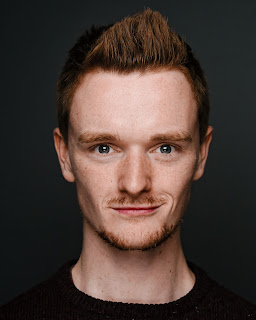 Tom trained at Associated Studios, London, graduating with a Diploma in Musical Theatre in 2014. A native Geordie, Tom made a name for himself as a performer, writer and compose working with a number of theatre companies, directors and creatives in the North East and London. Following an appearance on BBC Three’s reality series Shoplife, Tom left his native Newcastle behind to live in London and has since starred in a number of off West End productions and UK Tours (Dick Whittington eat your heart out!) Passionate about Pantomime, Tom wrote and starred in his first pantomime as an ‘Ugly Sister’ at the tender age of 17 and has written Pantomimes for the village he grew up in for almost a decade. 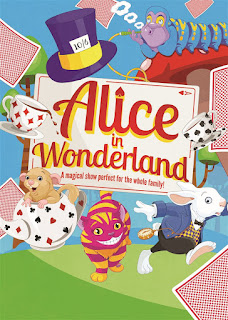 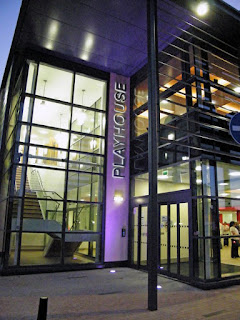 Imagination runs wild and logic is abandoned in this fantastical, larger-than-life musical brimming with nonsensical fun and excitement for the entire family.
Follow Alice and the White Rabbit as they set off on a colourful, topsy-turvy adventure like no other and meet a host of outlandish characters including the troublesome twins, Tweedle Dum and Tweedle Dee, the notorious Queen of Hearts, the Cheshire Cat and of course, the Mad-as a bat-Hatter!
Immersion Theatre proudly bring their trademark energy to their most spectacularly bonkers show to date, as children and adults alike are invited to join in the hilarity of seeing this classic story brought vividly to life before having the opportunity to meet the characters after the show...why not come dressed up as your favourite? A perfect day out for the entire family, you’d be mad to miss it!
Tickets:
Tickets costing £14, £12 conc., £48 Family (2 adults, 2 children) are on sale now.
Tickets are available from the Box Office open Monday – Friday 10am – 4pm, Saturday 10.30am – 2.30pm plus until show start on event days. Tickets can also be purchased on the booking hotline 0844 248 1588* or online at www.playhousewhitleybay.co.uk.