Button Box Theatre Company hope to go down a ‘yarn-storm’ with their debut play.
An Illuminating Yarn
Newcastle Alphabetti Theatre
Thursday 23rdJuly
Whitley Bay Under the Dome Festival,
Friday 24thJuly
Gateshead The Shipley Art Gallery,
Saturday 25thJuly
Edinburgh Fringe: theSpace on the Mile
Friday 7th – Saturday 15th August
Do not be fooled by our soft and fluffy exteriors! Button Box Theatre Company bring together a mix of tragedy, comedy and knitted Bucks Fizz in their first production, ‘An Illuminating Yarn’. The play, written by Jane Pickthall, was originally developed through the Live Theatre’s Writers Group. The company was formed when Andy Patterson approached Jane about developing the play further for the Edinburgh Fringe and thus the adventure began. 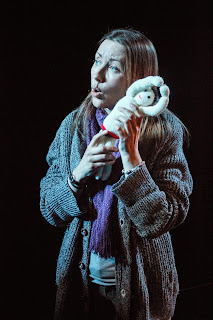 In the play, Clare wants to cheer Nina up and thinks the knitted figures that have been appearing along the pier in Saltburn-by-the-Sea will do the job but when Clare accuses Nina of stealing Tom Daley, a storm starts to brew. Set against the backdrop of a divided Britain where austerity measures bite whilst celebrity culture feasts, ‘An Illuminating Yarn’ explores identity, values and the need to be heard.
Inspired by the real Saltburn-by-the-Sea yarn stormers, ‘An Illuminating Yarn’, features a cast of much loved British icons, lovingly knitted by our army of needle wielding volunteers, alongside an equally talented cast of three human actors. The knitters will be rewarded for their contribution with a complimentary ticket to see their work live on stage.
The Button Box Theatre Company have been kindly supported by The Arts Council to help us develop the piece, work with local knitters to create the set and complete a tour locally. Out There Brewing Company have also provided some sponsorship.
After the local tour Button Box Theatre Company will be taking the play to Edinburgh Fringe for the first week of the festival.
Cast:
Jill Dellow, Hannah Walker and Matt Howdon
Creatives:
Directed by Andy Patterson
Written by Jane Pickthall
Produced by Button Box Theatre Company, Newcastle upon Tyne.
On The Web:
Website:    www.buttonboxtheatre.co.uk
Twitter: www.twitter.com/buttontheatre
Facebook: www.facebook.com/buttonboxtheatre
Events:
Newcastle Alphabetti Theatre
Thursday 23rd July 8 – 10pm (doors 6.30) 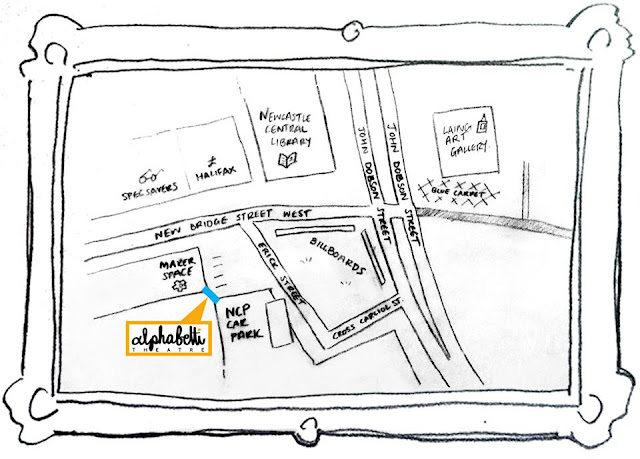