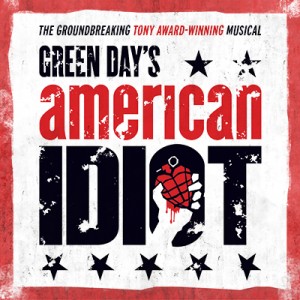 X Factor star, Amelia Lily (playing Whatshername), will star in Green Day’s explosive, award-winning Broadway musical American Idiot, as it blasts into the UK for its West End premiere from the 17July at The Arts Theatre, Leicester Square. Running until 27 September 2015, with press night on 22 July, American Idiot – The Musical features the music of Green Day with the lyrics of its lead singer Billie Joe Armstrong, and book by Billie Joe Armstrong and Michael Mayer. The musical is being directed and choreographed by Racky Plews, with sound by Chris Whybrow, design by Sara Perksand lighting by Tim Deiling. Further casting will be announced in due course. 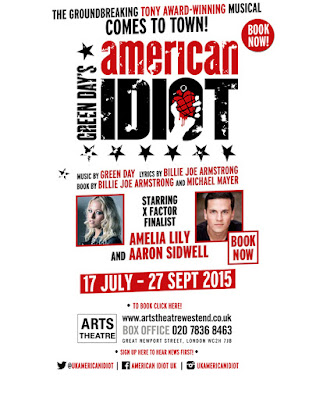 The producers of American Idiot – The Musicalsaid, “We are absolutely delighted to be bringing American Idiot to the Arts Theatre this Summer and Autumn, following its very successful life on Broadway. It’s a cracking musical for fans old and new, and we have had a fantastic relationship with the Arts Theatre for years. We can’t wait to bring this musical to the heart of London”.

The musical is produced by David Hutchinson and Philip Rowntree for Sell A Door Theatre Company and Stephen McGill Productions. The Associate Producers are  Hartshorn – Hook Productions, London Contemporary Theatre, and Nathan Gardner/Danny Brooke.
American Idiot The Musical is presented by arrangement with Josef Weinberger Limited on behalf of Music Theatre International of New York.