on Soho Theatre On Demand

Soho Theatre and Nouveau Riche have announced the World Premiere of Typical, the film version of the hit stage play, released exclusively on Soho Theatre On Demand from 24th February 2021.

A powerful exploration of racism and how British society stereotypes Black masculinity, this urgent and important new drama is created by award-winning creative movement Nouveau Riche and Soho Theatre, London’s most vibrant producer of new theatre, comedy and cabaret.

Written by award-winning playwright Ryan Calais Cameron and directed by Anastasia Osei-Kuffour, Typical uncovers the man and the humanity behind the tragic true-life events of Black British ex-serviceman Christopher Alder and the injustice that still remains twenty years since his story emerged. 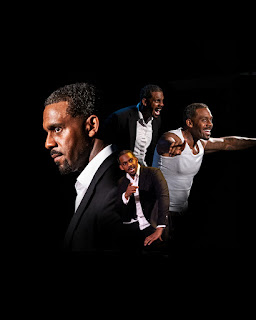 Inspired to write this story following his own repeated experiences of everyday racism, playwright Ryan Calais Cameron says: “Typical is the story of a Black man, who in the comfort of his home is just a man, but as he leaves, he must navigate through society’s ideas and prejudices about what it means to be Black. Typical is a slice of our history, that I hope gives insight, education and desire for a better future.”

First performed in 2019 at the Edinburgh Festival Fringe before the hit play transferred to Soho Theatre for a sell-out run, this piece was filmed during the pandemic on location at Soho Theatre.

Hollyoaks regular and former EastEnders star Richard Blackwood reprises the critically acclaimed part he played in the original stage version. The versatile actor, whose career spans 30 years across stage and screen, delivers an intense, multi-rolling monologue that is at times both harrowing and darkly comedic.

Soho Theatre’s Creative Director David Luff adds: “We hope the power, beauty and lyricism of Ryan’s writing, and the superb work of these brilliant freelance theatre and film makers, connect to audiences beyond Soho’s stages into people’s homes and screens worldwide.”

Bonus content with interviews featuring the creatives behind the production will also be available for viewers.

·         10% of the proceeds after costs will be donated to Inc Arts Minds, a charitable fund created to support the emotional well-being of those affected by systemic and structural racism in the arts.