A deliciously dark and twisted set of fairy tales devised

“Back at home they hung the moon on a tall oak tree. It cast a magnificent light over everything and shone through every window. It was all they had ever wanted, bringing light to their darkness, the light of their life.“

This month, Creation Theatre announces Grimm Tales For Fragile Times And Broken People, the first in a series of productions by its new online Repertory Company. Inspired by the Brothers Grimm, a collection of familiar and lesser-known tales such as The Juniper Tree, The Moon, Godfather Death, Hansel and Gretel and Rumpelstiltskin, have been re-invented for an online show which places powerful storytelling at its very heart. 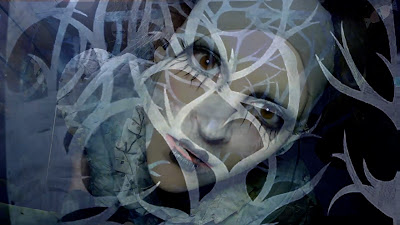 This atmospheric and haunting production for adults will be available to stream from 24 February to 13 March. Set in a beautifully distorted and broken-down world with woodlands which cast creepy shadows in the moonlight, five storytellers confined within their own mini-theatre sets, beckon audiences to listen to their spellbinding and macabre narratives.

The show marks Creation Theatre’s 7th online production and almost one year on since the launch of its first acclaimed digital show The Tempest, Live. Lucy Askew, Chief Executive and Creative Producer said: “We really wanted to explore a different direction and strip away the technical wizardry and place storytelling at the very heart of this show. At a time when we are all feeling really closed-in we unashamedly went for dark escapism and explored the themes of isolation, poverty and confinement. We hope our audiences will connect with the narratives which feel so relevant and safe to explore in this way.”

In November 2020 Creation Theatre was awarded a major grant from Innovate UK for its pioneering work in the digital theatre space. Part of the grant has funded the launch of its first online repertory company which has given five actors a full-time bursary for six months. They will perform two major pieces of digital theatre.