Re-written & Streaming to your Home 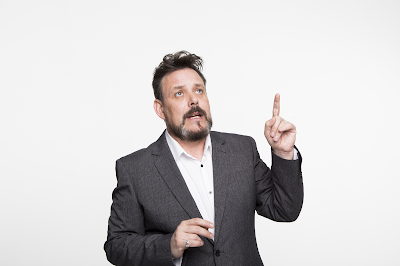 In 2017 award winning comedian John Scott came out of the closet and wrote a new solo show about his life as someone with an acute mental health condition.

At that point he had been a comedian for 18 years and this was the first time he had ever gone through any kind of disclosure. He was genuinely frightened by the idea of what he was doing. Prior to even having performed a solitary word of the show, he ended up discussing his experiences on a very prominent BBC Radio Show. A lot of people that knew him heard this interview and their reactions genuinely surprised him. First, he was surprised that nobody knew of his struggles, he’d kept it that well-hidden. Secondly, he was surprised at how positive and supportive everybody was.

Since writing the show he has worked with mental health groups, spoke at conferences, and become a vocal voice in the pursuit of reducing stigma around mental health.

His show Delusions examines diagnosis and how becoming a comedian actually made the professionals change their minds as to how they had diagnosed him. It also, as it typical of John, takes a hard look at the current world and considers just how much those in power are responsible for our poor wellbeing. You can trust he’ll have a few things to say about a certain pandemic and those responsible for choosing how we deal with it.

This is another show from local comedy promoters Felt Nowt Productions who are the only comedy company run by comedians for comedians and is dedicated to presenting the best quality stand-up comedy to venues throughout the North East and Cumbria.

Felt Nowt are a Community Interest Company which means all of their profits are put back into the business to help them to provide community outreach and events that benefit our communities.

“Always plays a blinder. Never hits a dry patch. People were literally in tears of laughter.”

“Among the top 5 comics emerging from Scotland.”