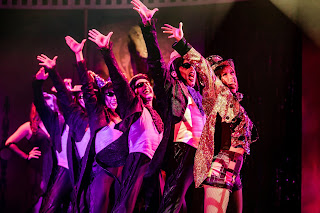 It’s just a jump to the left! One of the world’s favourite rock ‘n’ roll musicals – The Rocky Horror Show – is bringing fun and frivolity to Newcastle Theatre Royal this summer with Strictly Come Dancing’s Joanne Clifton and Duncan James from pop phenomenon Blue starring in the much-loved and outrageous production. 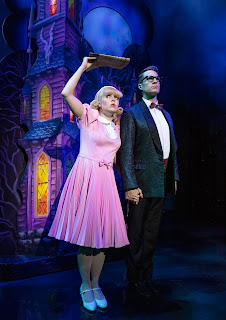 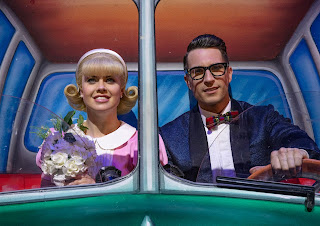 Former Strictly champion Joanne thrilled Newcastle Theatre Royal audiences in 2017 as she triumphed as Kansas girl Millie Dillmount in Thoroughly Modern Millie. Joanne will play the role of Janet and has been winning rave reviews for her portrayal of the squeaky clean college kid who, along with her fiancé Brad, meets the enigmatic Dr Frank‘n’Furter by chance when their car breaks down outside his house whilst on their way to visit their favourite college professor and go on an adventure that they will never forget. 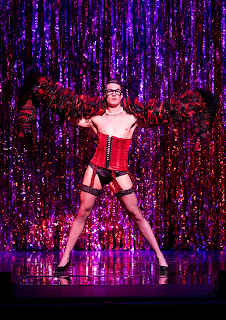 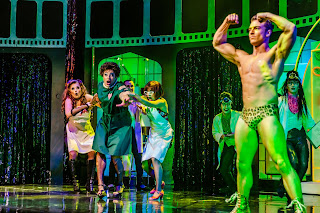 Donning the infamous corset and heels to play the instantly recognisable character, Blue star Duncan James said: “I’m just loving every minute.  Frank is such an iconic role; it’s an honour to play him.” 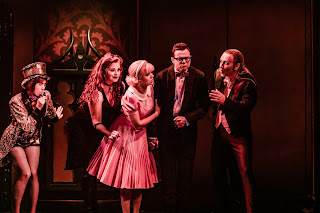 Comedian Steve Punt – best known from The Mary Whitehouse Experience which also starred David Baddiel and Hugh Dennis – will play the role of The Narrator alongside James Darch (An Officer and a Gentleman, Wicked, Mamma Mia!) as Brad. 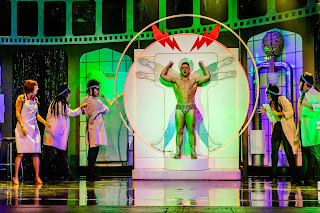 Directed by Christopher Luscombe, the smash hit show features all of the famous musical numbers which have made The Rocky Horror Show such a huge hit for over four decades, including “Sweet Transvestite”, “Science Fiction / Double Feature”, “Dammit Janet” and, of course, the timeless floor-filler, “The Time-Warp”. 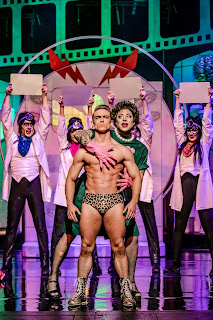 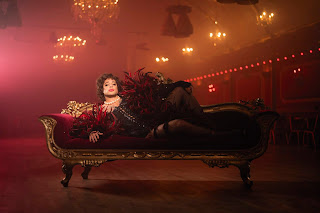 The Rocky Horror Show is a guaranteed party, which famously combines science-fiction, horror, comedy and music while encouraging audience participation meaning, of course, getting dressed in the most outrageous fancy dress. 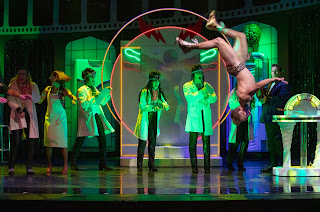 The Rocky Horror Show first began life in 1973 before an audience of just 63 people in the Royal Court’s Theatre Upstairs.  It was an immediate success and transferred to the Chelsea Classic Cinema, before going on to run at the Kings Road Theatre, 1973-79 and the Comedy Theatre in the West End, 1979-80. 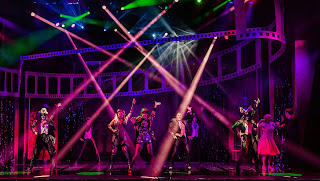 In 1975 it was transformed into a film called ‘The Rocky Horror Picture Show’. This film adaptation took over $135 million at the Box Office and is still shown in cinemas around the world more than 40 years after its premiere, making it the longest running theatrical release in cinema history. The theatre show has been performed worldwide for 45 years in more than 30 countries and translated into over 20 languages. 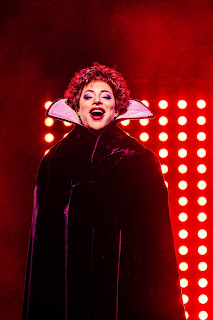