West End stars returning home for BRASS festival
BRASS on Broadway
Durhams Gala Theatre
Sunday 9th July 2017
Two West Endstars are looking forward to returning home to the North East to perform in this year’s BRASS festival.
Kate Graham, who has had major roles in Billy Elliot, Charlie and the Chocolate Family and Mamma Mia, grew up in Seaton Carew before moving to London to pursue her dream of becoming a singer.
On Sunday 9th July she will join Darlington’s Matt Corner – previously part of Gala Theatre Stage School – to perform swing versions of great Broadway songs for BRASS on Broadway at Durham’s Gala Theatre.
“I always jump at the chance to do any work that brings me ‘home’ to the North East,” she said.
“We opened the international tour of Mamma Mia in Newcastle a few years ago and that was fantastic, but I haven’t performed in Durham since I was at university there. The Gala Theatre wasn’t even built then so I can’t wait to see it!”
The singers will perform alongside the incredibly popular Scottish Swing Orchestra and the BRASS Broadway Chorus – made up from local choirs and specially invited guests – for a set including songs from Chicago and Guys and Dolls.
Matt, who has recently finished a run as Frankie Valli in the West End’s Jersey Boys, was part of the Gala Theatre Stage School from the age of 14 before attending the prestigious Arts Educational School musical theatre course in London.
“I can't wait to return back to the North East, having left at the age of eighteen to pursue a career as an actor,” he said.
“Over the years, I performed in various amateur shows on Gala’s stage and it was really the thing that gave me the bug for acting and ultimately helped me to realise that I wanted to become a professional actor. So it feels like I'm coming full circle really as I'm now back at the Gala Theatre.
“I can’t wait to hear these songs played by a fabulous full brass orchestra - the way all Broadway show songs should sound!”
Tickets@
The show takes place at Gala Theatre on Sunday 9th July 2017at 7.00pm.
For tickets visit www.galadurham.co.uk. 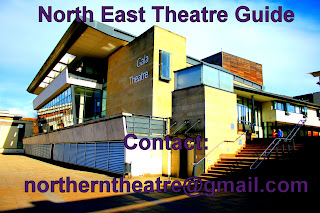