The closest thing to being there! 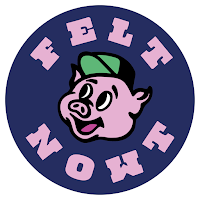 Local comedy will be live streamed on Friday 2nd April 2021 from a real stage. 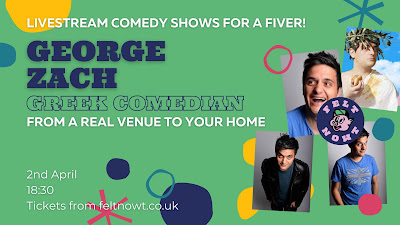 George has well earned his place as a headliner and regular in the UK comedy industry and has had successful runs in Australia at the Adelaide and Perth Comedy festivals. George Zacharopoulos. A world travelling Greek Geordie George is doing his best in his second language. Trust us, he is doing his very best! From a real venue to your home! 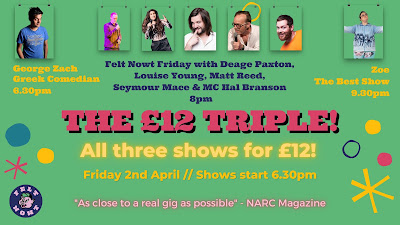 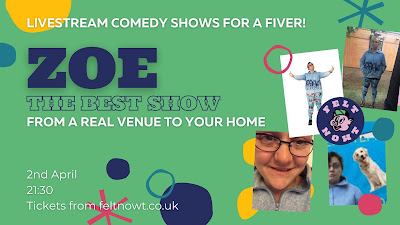 Nicola Mantalios brings us side splitting character comedy that really is one of a kind. The Best Show. Crime, dogs, sex. That sort of thing. 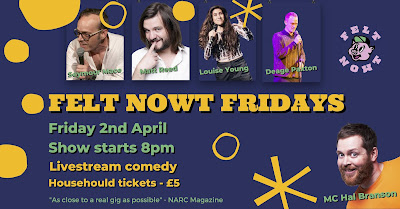 Each individual show costs £5 per household and you can book all 3 for £12 using this link: https://feltnowt.co.uk/events/48/

These shows are presented by Felt Nowt, who are a not-for-profit organisation that has a goal to transform the North East comedy scene for audiences and comedians. It has been formed by a number of well known North East comedians, including Gavin Webster, Hal Branson, Lee Kyle and Lauren Pattison. As a Community Interest Company Felt Nowt will reinvest all of its profits back into the business with the long-term goal of taking comedy to communities which might not otherwise have access to it.