When everything has changed in your world and your family and friends feel like strangers can you ever really feel at home again or will a part of you always be at war? 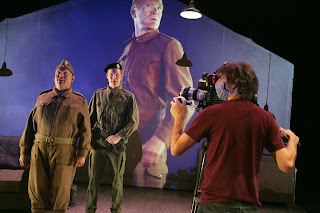 When the UK went into lockdown in March, Opera Sunderland had just recruited a 40-strong intergenerational community chorus to take part in the world premiere of The Soldier's Return. With venues closed and live performances cancelled, and after data suggested singing could be particularly hazardous in the potential transmission of Covid-19, the Opera Sunderland team had to radically rethink their plans. 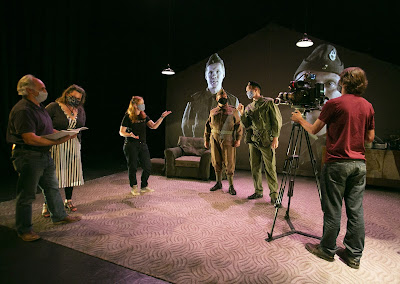 Sunderland born Artistic Director Alison Barton explains, “We wanted to honour the commitment to our community participants, the veterans who shared their stories with us, our artists, team and funders by taking a radical, lateral view of the situation. So we came up with a new and completely safe way of making the production that we hope will prove to be even more inclusive and accessible than our original plan to stage the opera live here in Sunderland.

"We decided to collaborate with award-winning North East film makers Meerkat Films and sound engineer Ian Stephenson at Simpson Street Studios to produce The Soldier’s Return as a film instead of a live production. Social distancing rules have meant taking an approach more akin to producing a pop video than an opera, but although it’s quite an experimental approach in the classical music world, it is tried and tested in other genres such as pop and rock. It’s a case of the show must go on, and it will!” 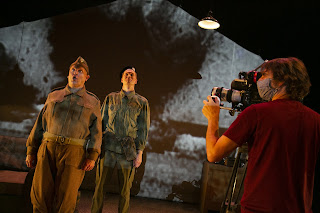 Inspired by present day war veterans’ real life experiences, The Soldier’s Return is drawn from interviews with local people involved in past, recent and ongoing combat situations. It explores the impact of conflict when soldiers return home, not only on the soldiers themselves, but also their families and their relationship with the wider community. The film will premiere in November 2020 to mark Remembrance Sunday.

It follows the success of MIRACLE! An Opera of Two Halves which premiered in Sunderland in 2015. For this new production, Opera Sunderland has brought together many of the same artistic team, including Artistic Director Alison Barton, international award-winning composer Marcos Fernandez-Barrero, Director Annie Rigby and Musical Director Marco Romano. They are joined by T.S. Eliot prize-winning poet Jacob Polley who has written the libretto, Production Designer Imogen Cloët, Sound Engineer Ian Stephenson and Meerkat Films. 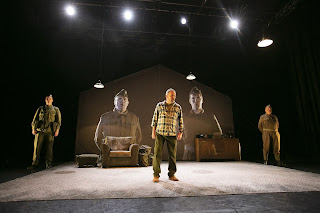 Ian Priestley studied voice at Guildhall. He toured with the D’Oyly Carte and Carl Rosa opera companies and has appeared at the Buxton International Festival. Ian has also sung with Welsh National Opera, notably in their award-winning production of Schoenberg’s Moses und Aron and at the Savonlinna Festival in Finland, the Dutch Nationale Reisopera, Scottish Opera, Opera North, Royal Opera, as well as solo recitals with the London Mozart Players. In 2015 he played the roles of God and Larry Trench in Opera Sunderland’s award-winning production, Miracle!: An Opera of Two Halves.
Katherine Aitken is a graduate of the Royal College of Music and Royal Academy of Music, Lon- don where she sung roles including Cherubino in Mozart's Le nozze di Figaro and La Ciesca in Puccini’s Gianni Schicchi. Katherine’s recent highlights include Charles Grey (Georgiana compiled by Mark Tatlow) for Buxton Opera Festival, Tisbe (La Cenerentola by Rossini) and Pippetto (Donizetti’s Viva la Mamma!) for Opéra de Lyon, Pippetto (Donizetti’s Viva la Mamma!) for Grand Théâtre de Genève, Tisbe (La Cenerentola by Rossini) in the Edinburgh International Festival and Cher- ubino (The Marriage of Figaro by Mozart) for English Touring Opera. Katherine also recently premiered the role of Wild Woman in Aurora by Noah Moseley with Bury Court Opera and the Grimeborn Festival.

Austin Gunn has worked with English National Opera, Scottish Opera, Loughborough Festival Op- era, Berwick Festival Opera, Edinburgh International Festival and many others. He made his Portuguese debut in 2017 in the Musica Na Fabrica Festival in Lisbon directed by Max Hoehn, and his Swiss debut in 2018 as the spectre in Dvorak’s The Spectre’s Bride in Zurich. He has appeared in concert in France, Switzerland, Italy, Sweden and throughout the UK.

Andri Björn Róbertsson made his House operatic debut in the 2019/20 season with his native Icelandic Opera as Figaro in Le Nozze di Figaro and returns to the Dutch Opera as Der Einäugige in Die Frau Ohne Schatten. Last season, Andri appeared at both the Staatsoper Hamburg and Opera National de Lyon with Sir George Benjamin’s Lessons in Love and Violence following his house debut at the Royal Opera House, Covent Garden with the world premiere of the same production. Róbertsson studied at the Royal Academy of Music and was nominated ‘Brightest Young Hope in Classical Music’ at the 2013 Icelandic Music Awards. He is currently a Harewood Artist supported by the Behrens Fellowship with English National Opera. Róbertsson’s awards include the Audience Prize in the Mozart Singing Competition in London and first prize in the Icelandic Symphony Orchestra and Icelandic Academy of Arts Competition. Concert appearances include Christus (Bach’s St Matthew Passion) with Newcastle Bach Choir at Sage, Gateshead. 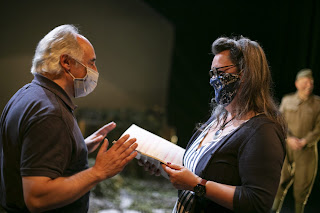 Formerly known as Music in the Minster, Opera Sunderland is a registered charity that believes opera is for everyone, making it available, attractive and accessible by creating exciting opportunities for the people of Sunderland. The commission is supported using public funding by the National Lottery through Arts Council England and as with all of Opera Sunderland’s work, The Soldier’s Return is about local people taking part – from sharing their stories, to workshops and performance opportunities.