Tickets are available from our affiliates See Tickets for the magic show: https://tinyurl.com/MORPETHChrisCross #Ad

One of the North East's most prolific magicians, Chris Cross, 31, has had the majority of his 2020 shows postponed or cancelled, due to COVID-19, which means he's had to experiment with some brand-new ways of presenting his live performances. This Halloween October half-term, Cross will be hosting what is probably the World's first ever drive-in Magic Show, on 29th October at Morpeth Football Club. 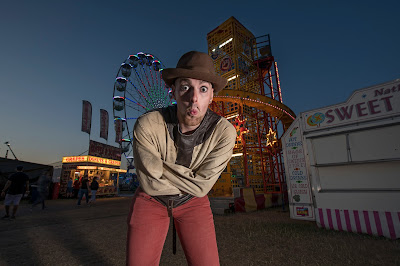 In this hour-long live performance, ticket holders will be tricked by some sleight of hand and close-up magic, which will be projected on to a huge LED video wall screen. They'll then get the opportunity to learn some magic for themselves, as Cross explains how to perform some easy but baffling tricks with cards and everyday objects. Upon entry to the event, each car will be given a pack of cards and some tricks to take home with them, so they can practice along with Chris Cross in the safety and comfort of their own car, then take the tricks away to fool their friends.

After the magic performance and lesson, there will be a short interval, followed by a screening of Edward Scissorhands, which is one of Cross's favourite films - and an appropriate choice to celebrate the beginning of the Halloween weekend early. Tickets for the magic experience can be purchased, with an add-on option of the film screening right afterwards. 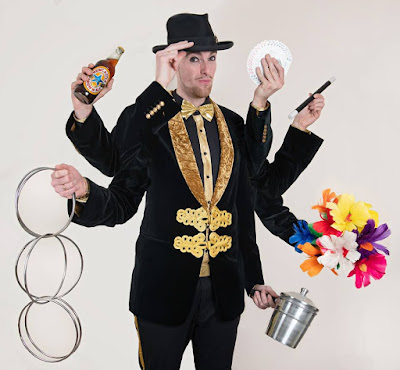 Chris Cross explains: ''I'm really looking forward to performing again. This show really will be fun for all the family and completely different to anything that anyone has ever done before. It'll be cool close-up magic that everyone will be able to see on the huge LED screen we have in place. It's the sort of screen you see on the backs of stages at big music festivals and gigs. Come and watch some magic tricks, learn a trick or two yourselves, then watch Johnny Depp, Vincent Price & Winona Ryder in Edward Scissorhands. A great early start to your Halloween weekend.

This Global pandemic has really hammered my business massively, as it has most other performers and other showbusiness professionals, too. It's been a real challenge to remain creative and keep my head above water in the process, but I think this will be a really fun event! Earlier in the year I was performing at The Dubai Shopping Festival at the Dubai Mall and I had a fully booked year of exciting gigs lined up, it's such a shame that COVID-19 has landed. Unfortunately, I can't make the virus disappear - but if I could I would!''

Chris Cross has performed all over the World for many celebrities, including Two-time World Heavyweight Boxing Champion Mike Tyson, The Arctic Monkeys, Knightrider Star David Hassellhoff, Rock Legend Alice Cooper, Celebrity Chefs the Hairy Bikers and he's even worked his magic for Prince Charles during his state visit to the region! He has self-published 'The Geordie Book & DVD of Magic' which he sells on his website. Cross made front page news in 2016 when he escaped from a straitjacket whilst hanging upside-down from the roof, 80ft in the air, suspended from Newcastle's Castle Keep.

Hot drinks, food and alcoholic beverages will be available on-site, with an 'at-car' service in operation.

There's only space for 45 cars at Craik Park Stadium (Home of the Morpeth Football Club) so to avoid disappointment, book your tickets now! Suitable for both children and adults.

Tickets are available from our affiliates See Tickets: https://tinyurl.com/MORPETHChrisCross #Ad