Funny Peculiar is the latest lockdown production from Little Cog as part of the Staging Our Futures programme, co-commissioned with ARC Stockton and Northern Stage.

Written and directed by Vici Wreford-Sinnott, the piece also stars Liz Carr of Silent Witness fame, Mandy Colleran, a comedian and activist, and Bea Webster who is currently an associate of both the Royal Shakespeare Company and The Playwright's Studio of Scotland. 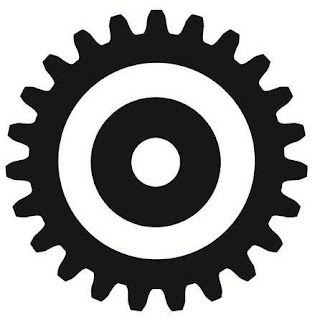 Vici said, "We are absolutely thrilled to be working with such an amazing cast to tell the stories of disabled women. It feels more important now than ever that we ensure we are visible". Vici is referring to the figures recently released showing that disabled women are 11.9 times more likely to die in the current pandemic than other people. "Terms like 'vulnerable' and 'underlying health conditions' have led to thinking that the deaths of certain groups of people are inevitable. Expected and accepted."

Little Cog decided to challenge that belief and develop work that celebrated disabled women in their rich and complex glory. Vici said, "We are so excited to be working with Liz, Mandy and Bea. We have spent time discussing disabled women's experiences with all cast members and have written bespoke work for the actors."

Liz Carr is known to millions for playing Clarissa Mullery in the BBC's  Silent Witness for eight years. She is an actor, comedian and disability rights activist. Others will know her from the Disabled/Deaf women’s comedy group, Nasty Girls or the BBC Ouch! podcast with Mat Fraser or her stand up with Abnormally Funny People, her Criptease routines or her passionate opposition to legalising assisted suicide through both campaigning and her creation of the show, Assisted Suicide - The Musical.

Liz said, “I’m thrilled to have this chance to give voice to and highlight the fears, dark humour and incredible resilience of Disabled women as together we fight for our very existence not just during this pandemic - but always."

Zsa Zsa, Raquelle, Blanche and Cuba are in quarantine – four disabled women locked down, locked in, shut up and shouted down. While the rest of the nation is in meltdown, it takes a lot to faze this quartet. The new terrain is worrying and frustrating but these women are prepared - perhaps they have waited for a moment like this their whole lives. In a sequence of four original, cross-cutting, witty and wise monologues, broadcasting from their own homes during quarantine, these women are myth-busters giving their all to expose the lie of vulnerability.

"This piece is particularly of this moment and we don't expect to see any of our broadcasters making work like this, although we'd love their support, so we just thought, okay then, let's make it ourselves and the response and interest has been phenomenal.”, says Vici. "There is a danger with a period of potentially prolonged isolation that we could disappear from view, and we were in unanimous agreement that none of us is prepared to let that happen. So here we are making glorious work together."

Mandy Colleran has been involved in Disability Arts since the 1980s. She was a founder member of the comedy trio No Excuses which produced the legendary piece Know My Place, still available to view on YouTube. Mandy was also a founder of North West Disability Arts Forum, later becoming its director. She won a Lifetime Achievement Award from Dadafest in 2007. She was involved in Kaite O'Reilly's In Water I'm Weightless for National Theatre of Wales and has had a long career as a speaker, feminist and campaigner for disability rights.

Bea Webster is a deaf actor who trained at the Royal Conservatoire of Scotland. She is an actor, drag artist, writer and speaker on Deaf equality. She is currently in rehearsals with the Royal Shakespeare Company for The Winter's Tale, and starred in Red Ladder's Mother Courage and Her Children, and Kaite O'Reilly's Peeling which toured in the Uk last year. Bea is passionate about classical and contemporary texts in English and BSL, has contributed to  BBC Social, has hosted several events, and has published a poem in both BSL and English titled Long Lost Lover, about her birthplace of Thailand.

Vici is Artistic Director of Little Cog, writing and touring nationally a number of pieces of work including, Butterfly which was named Best One Person Play by the British Theatre Guide, Another England, Lighthouse and her recent commissions The Wrong Woman Discussions and Siege for ARC Stockton and Home Manchester can still be seen online as part of the Homemaker's commissions. She is a lifelong feminist and activist, regularly speaking and campaigning on disability rights matters and the role of culture and the arts in equality. She is a founding member of both Disconsortia and We Shall Not Be Removed.

Funny Peculiar will premiere online on Thursday 24 September 2020, 7pm via Little Cog’s YouTube channel and will be available until 24 October.