The Success of the Theatre Royal Panto is no Accident! 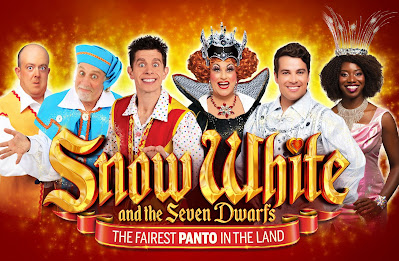 Danny Adams and Clive Webb are joined by Joe McElderry for the much anticipated Theatre Royal pantomime, which returns after a couple of years away. The result is a bright beautiful and magical experience that does not disappoint. 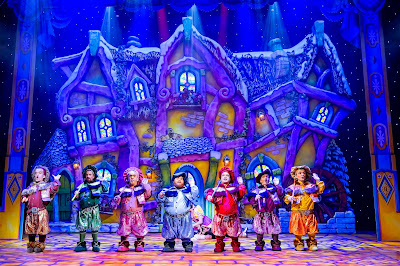 When I was a kid I was taken each year to a pantomime. My Great- Grandmother would get the box and we would look on, in awe at the fabulous cast in their gorgeous costumes and brightly coloured sets. From those early experiences came a lifelong love of theatre. Tonight’s show in Newcastle came the closest to how I remember my first pantomimes. The outfits were stunning, the sets were bright and it had a positive feel. There is always a danger with Snow White to go a bit dark - especially in the forest, but not here. This show looks stunning.

This pantomime combines comedy, magic, music and sticks to the fairy tale, with one major plot twist (but no spoilers here!) Yes - this is a Theatre Royal panto that does not forget it is Snow White. 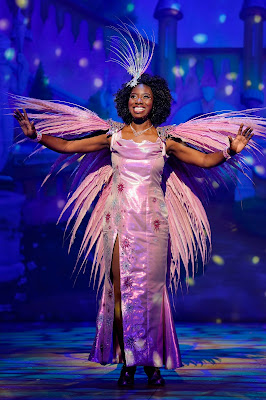 First up is the Spirit of Pantomime, Carole Stennett, with the first musical number. Now here was an actor, with an amazing singing voice that was under utilised in the show. Backing her up was a live band under musical director Richard Atkinson. Regular readers will know that we always appreciate a group of live musicians and panto is no different.

An early appearance of the dwarfs is unusual as they usually pop up for the first time in Act 2, but in this tale from Wallsend’s own Michael Harrison, they arrive on a train in order to narrate the initial exposition. Yes, unusual for some pantos, this tale does not skip on the story - which will make it easier for the discerning young audience members happy. 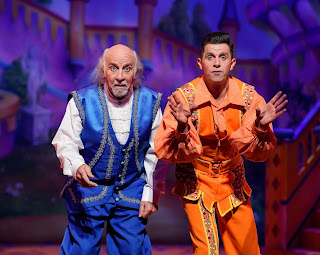 The stars for the past 16 years, Clive Webb and Danny Adams, have established not only a successful formula for this theatre, but one which is being copied - by varying degrees - at other theatres. A regular central cast around which the action unfolds. The father and son team have a clear rapport with both each other and the audience. The recognition is panto gold. Danny works extremely hard and is the glue that frequently keeps the show going. Clive is able to moderate Danny’s actions. The combination is very, very funny. 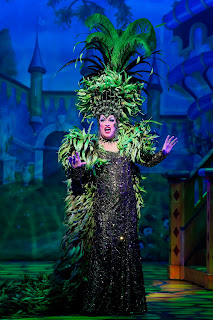 Whilst there is a regular team here - that keeps the audience returning year after year - two of them have swapped roles. Steve Arnott appears as the panto dame Mrs Nelly Nightnurse, leaving an opportunity for the regular dame to go evil. Indeed, having Chris Hayward not asking after the Hinnies in the audience felt strange. Don’t get me wrong - he makes a great evil Queen Dragonella. But in my opinion - and it is just that, an opinion - the show missed out on his usual big dame role. 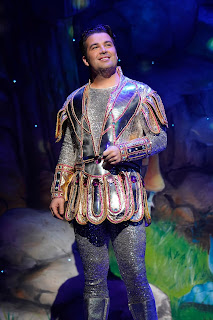 The queen called the Man in the Mirror to ask, “who is the fairest in the land?”,  and up pops Joe McElderry. The lad from Shields is an unusual feature for this year’s panto - a star in his own right. Unlike some “big stars” - Joe has taken to panto very quickly. He is a natural with the variety element of the show. Of course, he gets a chance to sing - I think he had about the right number of songs in the show. It might have been tempting to give him more - but at 2 hours 20 (including interval) this this is in the sweet point in terms of running time - not too long for the younger audience members. Joe is at the centre of many of Danny’s jokes and he seems to take it well. 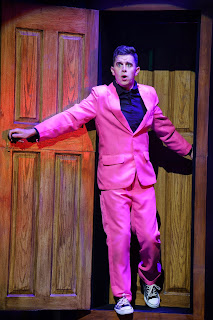 Which brings us to Danny’s jokes. Danny has the ability to deliver very funny jokes. This show is very funny and I laughed a lot. However I did not have younger children with me. Danny’s innuendo does go near the knuckle. Frequently. I watched the young girl in the row in front to see her reaction. She laughed a lot - but was bemused when the older gentlemen next to her clearly found some jokes a lot funnier than she did. 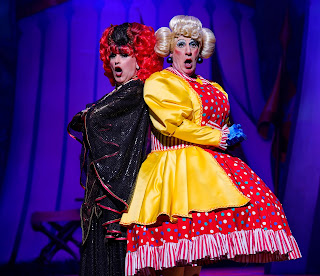 Central to this story are Snow White and her Prince. Kirsty Ingram and Wayne Smith both do well at creating the fairy tale characters. The fact that this show sticks with the story gives these two a chance to shine.

Not seeing something as often as you’d like to, perhaps, is a positive - leave the audience hanging out for more, as they say. This is how I felt about the underused Mick Potts as the Idiot. Hopefully we will see more of him in future productions. 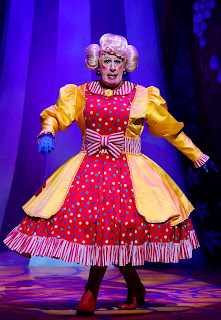 This is a show with 2 ensembles within the cast. Eight great dancers and, strangely enough, seven dwarfs. Both felt to be a part of the show rather than an after thought -as can happen in panto. They all added to the glamour of this fine production.

So is it worth it? What can I say without spoilers? Yes, we have great special effects from the Twins FX. The sound design from Olly Steel ensured that we could hear the dwarfs (not guaranteed over the years of going to panto!), Ben Cracknell’s lighting design and Ian Westbrook’s set design helped raise the feel of the show to a magical level.

The show is very funny - we laughed a lot. It looks great. It sticks coherently to the plot. In our first panto of the season I feel we have seen a panto that is unashamedly amongst the best. It is a blast of fresh air after a couple of troubled years.