Newcastle’s Tyne Theatre and Opera House announces its return to rep theatre, 34 years after the last company moved out of the venue. 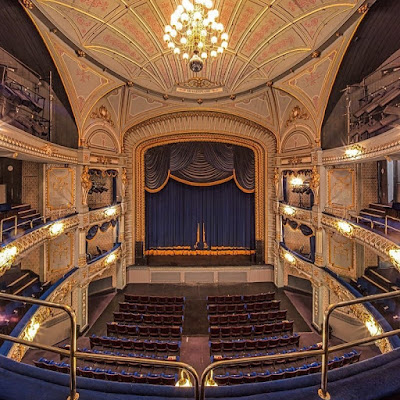 The launch of Tyne Theatre Rep comes weeks after the venue was unsuccessful in its application for funding from the 2nd round of the Culture Recovery Fund. The news was a huge blow for the venue leaving them wondering what the coming months would bring as they tentatively work on their plans to reopen later this month.

The company is a collaboration between the Tyne Theatre & Opera House, Tyne Audio and West End Prep. Their mission is to become a regional company with a national reputation, cementing its place as a professional production house.

Theatre Director, Joanne Johnson says “We are really excited about this collaborative effort which gives the Theatre the opportunity to once again produce a range of live events from and for a community of theatre professionals and theatre lovers across the North East and beyond. Despite the difficulties of the last year, we are looking forward to embarking on this new chapter for our historic theatre and we encourage people to stay tuned to see what Tyne Theatre Rep has planned for the future.”

Despite its infancy, Tyne Theatre Rep is already producing a series of highly acclaimed musical theatre concerts, Waiting in the Wings, bringing together West End stars to perform classics from stage and screen. It’s third instalment on the 18th June will welcome the return of a socially distanced audience as well as continuing to be live streamed, taking the step into hybrid events, making theatre accessible to all. 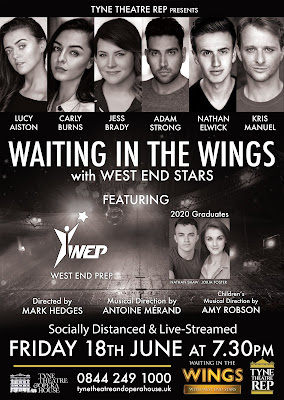 West End Prep Founder and newly appointed Creative Director of Tyne Theatre Rep Mark Hedges said “The experience and thrill of live theatre has the power to change lives. It certainly changed mine. I am thrilled that our exciting new theatre company performing out of the glorious Tyne Theatre and Opera House will create work for likeminded Creatives, Designers and Actors. Making theatre has always been a passion of mine and now I get to do it in a city which I love and in a building which deserves to be filled with enthralling, exciting and thought-provoking entertainment”. Mark brings a wealth of experience to his new role having previous worked on a number of West End shows including as Resident Director of The Phantom of the Opera and as Children’s Director for the UK tours of Les Miserables, Mary Poppins and Oliver. 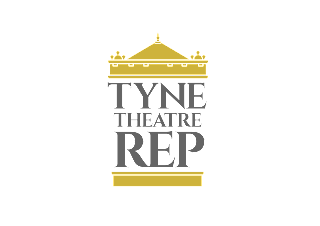 Going forward, the company plans to produce a variety of plays, workshops, concerts, and musical productions. Plans also include taking shows produced in house on tour to other regional theatres across the country.

Unlike traditional repertory companies, Tyne Theatre Rep will not be creating a resident company to perform in its shows and future roles will be cast via casting calls. A database of production and technical staff will also be created and used to staff future productions.

Jonathan Mellor, Director of Tyne Audio shared, “During the pandemic, Tyne Audio has worked extensively with the Tyne Theatre and Opera House providing online shows and bringing the theatre direct to people’s homes. By continuing to keep the theatre alive and active, we have worked together to produce various shows including comedians, bands, and musical theatre. Tyne Theatre Rep will continue this work, creating a Northern theatre community within the walls of the beautiful Victorian venue. We are looking forward to building upon this work, producing professional theatre and providing opportunities within the North East.”

Tyne Theatre Rep will be unveiling future productions over the coming months.